Immigration Policy Under President Trump: Reducing the Number of Noncitizens -- Legal and Undocumented -- in the US

It has been almost 10 months since President Donald Trump was inaugurated.  Not surprising given his campaign's focus on immigration, President Trump has taken a number of major initiatives on immigration enforcement.  In my estimation, a central organizing principle of his administration immigration measures has been to reduce the number of noncitizens, legal immigrants as well as undocumented ones, in the United States.  Maria Sacchetti and Nick Miroff for the Washington Post refer to the measures as "the wall that no one can see."

The now iconic wall along the U.S./Mexico border wall was a staple of the Trump campaign events and has been one of his high profile policy initiatives.  We will see whether a wall will in fact be built.  Trump's endorsement of building a wall has been met with cheers in some circles.  The stated goal of the wall is to decrease undocumented immigration from Mexico.

The various iterations of the "travel ban" or "Muslim ban" made travel from a number of predominantly Muslim nations difficult and uncertain for a time.  The ban, combined with "extreme vetting" of Muslim noncitizens seeking to enter the United States, is designed to reduce migration.

The interior and border security immigration enforcement orders issued shortly after the inauguration, included calls for more enforcement officers, punishment of "sanctuary cities," expanded detention through the end of "catch and release," greatly expanded expedited removal (that some might characterize as summary removals), and much more.

In recent weeks, President Trump has ended the Temporary Protected Status of tens of thousands of Nicaraguans and Haitians who fled their countries after natural disasters.

President Trump reduced the numbers of refugees to be annually admitted to the United States to 45,000, a historic low.

In September, the Trump administration ended the Deferred Action for Childhood Arrivals program, which provided relief to nearly 800,000 undocumented youth.

President Trump also endorsed the Reforming American Immigration for Strong Employment (RAISE) Act, which is expressly aimed at reducing legal immigration by one-half and from one million immigrants a year to 500,000.  The Act would not solve the current problems with the current American immigration system, but in fact would in all likelihood exacerbate them. 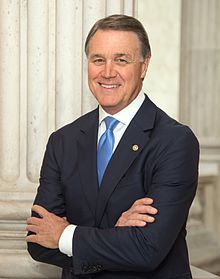 Today, the U.S. government annually grants lawful permanent residence to approximately one million immigrants, with Mexico, China, and India sending the most immigrants to the United States.  A majority of visas under the U.S. immigration laws, which are designed to promote family reunification, currently are allocated to visa applicants who have U.S. citizen and lawful permanent resident family members currently living in the United States. The RAISE Act would eliminate family immigrant visas beyond spouses and minor children of U.S. citizens and lawful permanent residents; parents and adult children would no longer be eligible for family visas. The Act does so to achieve its ultimate aim of reducing legal immigration by one-half over the next decade, from roughly one million to 500,000 a year.

Besides dramatically cutting family-based immigration, the RAISE Act would modify the current immigrant visa scheme with a points system based on “merit.” Under the proposed merit-based system, visa applicants would earn points for high-paying job offers, advanced degrees, and the ability to make financial investments of more than one million dollars in the United States. Persons in their twenties with high English language proficiency scores, would also receive more points than other visa applicants. An applicant with sufficient points would be eligible for a merit-based immigrant visa.

Although substantially changing the rules for lawful immigration, the RAISE Act would not make changes in the immigration laws in response to the persistent demand by employers in the United States for low- and medium-skilled workers. The Act would do nothing to help ensure the lawful admission of adequate numbers of workers for the agriculture, construction, and service industries. It thus fails to provide for the availability of workers to fill the jobs in those industries, which undocumented immigrants perform in large numbers today.

Ultimately, the Trump administration seeks to reduce all immigration to the United States.  We are likely to see continuation of policies that seek to reduce the numbers of noncitizens living in the United States.  And make no mistake about it -- the efforts to reduce the immigrant population is not limited to removal of undocumented immigrants from the country.  President Trump seeks to reshape legal as well as undocumented immigration.