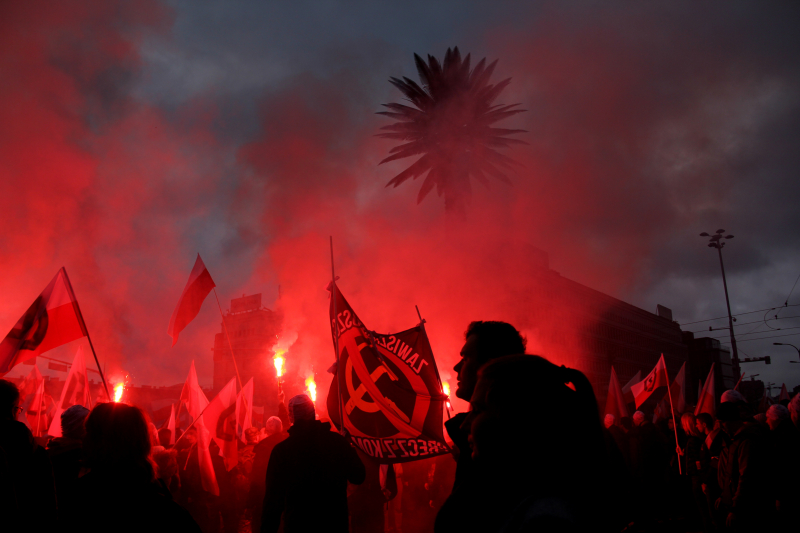 As we've noted before, the far-right movements in both Germany and Austria have made significant political gains in the last few months. (See here, here.)

Those aren't the only countries in Europe seeing a rise in anti-immigrant nationalism.

Earlier this month, Poland celebrated its independence day and tens of thousands of young people turned out to march in Warsaw. As the WSJ reports, the march was organized by the National Radical Camp - a "nationalist youth movement that seeks an ethnically pure Poland with fewer Jews or Muslims." The event wasn't so much historical as a call to action. Banners on display read "White Europe" and "Europe Will Be White".

As one protestor told the WSJ: “We want a Poland that will be for Polish people.”