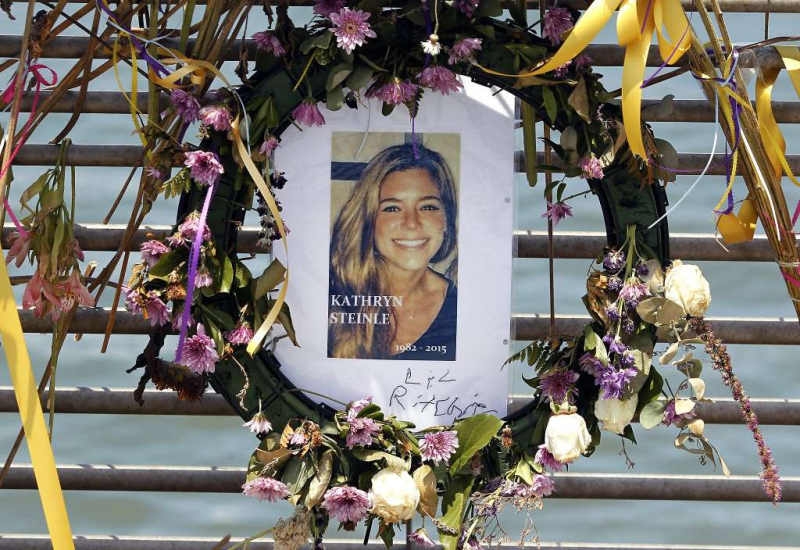 A San Francisco jury reached a verdict Thursday afternoon in the trial of a homeless undocumented immigrant in the fatal shooting of Kate Steinle as she strolled with her father on Pier 14 to take in a view of San Francisco Bay.  The jury came back for the defense, with the only conviction on a firearms charge  Here are details.  The verdict has provoked much discussion and debate.

President Donald Trump, who had previously talked about the Steinle case as an example of why undocumented immigration was out of control, condemned the verdict.  He tweeted that the not guilty verdict in the Steinle murder trial was “disgraceful.”

“A disgraceful verdict in the Kate Steinle case!” Trump tweeted after the jury rejected possible charges ranging from involuntary manslaughter to first-degree murder. “No wonder the people of our Country are so angry with Illegal Immigration.”

The jury verdict was announced shortly after 4 p.m. PST today after several days of deliberations.

Jose Ines Garcia Zarate, a 45-year-old Mexican citizen who was released from San Francisco jail before the killing despite a federal request that he be held for his sixth deportation, had been charged with murder; prosecutors also gave the jury the option of convicting him of first-degree murder, second-degree murder or involuntary manslaughter. He was also charged with assault with a firearm and being a felon in possession of a gun in connection with Steinle’s death.

The scene outside the courtroom. Media & members of public wait for verdict in Steinle murder trial. Jury has finished deliberating murder charges against Mexican man deported 5 times before killing Kate Steinle on a SF pier. pic.twitter.com/ywhjOUmqSj