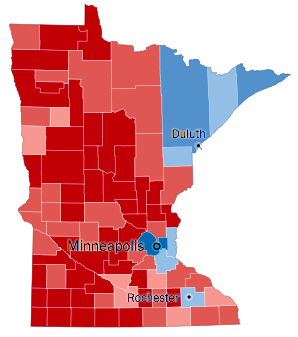 Minnesota is an interesting state for politics. Both of its senators are Democrats (for now, sheesh), as are five of its eight representatives. The state's electoral votes went to Hillary Clinton in the 2016 election, and while she carried the state with 46.4% of the vote, Donald Trump was close on her heels at 44.9%.

Clinton carried Minnesota by capturing votes in the urban centers of the state. Trump captured votes throughout the rest of the state where his immigration talking points were well received.

Today, Minnesota, like much of the country, continues to be divided politically and on the particular issue of immigration. As MPR recently reported, that divide is stark when rural and urban areas of the state are compared. 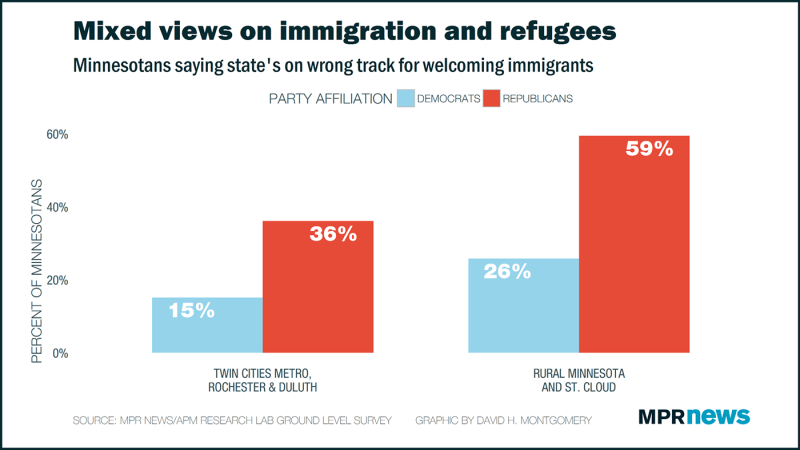 In St. Cloud, part of rural Minnesota, one City Council member recently called for a moratorium on refugee resettlement. That effort failed, and the City Council instead passed a resolution "in support of a just and welcoming community."

But the tensions surrounding immigration linger. As one individual in St. Cloud put it: "We're full. The inn is full, OK?" Another individual interviewed expressed concerns that "they don't assimilate into our society."

Activists and politicians are trying to close the gap. As the Star Tribune reports, the mayor of St. Cloud "holds chili feeds at his house to bridge the cultural gaps among different races and religions" while a community group, #UniteCloud, held a "panel discussion called “I Don’t Mean to Offend You, But …” to allow people born in or around St. Cloud to ask lingering or nagging questions of Muslims from several different countries."