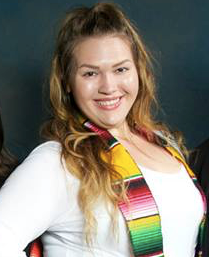 The rapid growth of the Latino population coupled with increasing tension between state and federal legislation leads to questions of group responsiveness and political efficacy under uncertain circumstances. In recent decades, the federal government has failed to pass an encompassing version of the DREAM Act (Development, Relief, and Education for Alien Minors) which seeks to offer a pathway to higher education and a future out of the shadows for many undocumented youth, a significant portion of them being Latino. Though the DREAM Act did not pass at the federal level, many states have proposed and passed similar legislation, this study focuses on the relationship between state passed DREAM Act legislation and its effects on the Latino youth residing in those states. We propose that those states with pseudo-DREAM Acts create a unique environment that fosters participation among the Latino youth residing within the states in question. Though much work has focused on Latino responsiveness of anti-immigrant legislation, very little has been done looking at responsiveness of positive immigrant legislation. We hope to fill this gap by examining the effect that state-level DREAM Acts can have on Latino populations regarding political efficacy and participation, both formal and informal.