Immigrants in California: A Demographic and Economic Profile 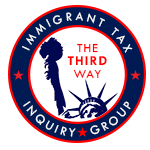 Today, the American Immigration Council released data on California’s immigrant population and their contributions to the state. The California state fact sheet includes data on population size, educational and citizenship attainment, English proficiency levels, and data on undocumented immigrants and Deferred Action for Childhood Arrivals recipients in the state.

The fact sheet shows that immigrants account for over one quarter of California’s population and comprise a staggering nearly 34 percent of the entire labor force. A little over 77 percent of all workers in farming, fishing, and forestry are immigrants, as are 61.7 percent of building and grounds cleaning and maintenance employees.

Drawing from U.S. Census data and other sources, the Council developed fifty state fact sheets that provide the latest demographic and economic contributions of immigrants in each U.S. state and can be accessed here.