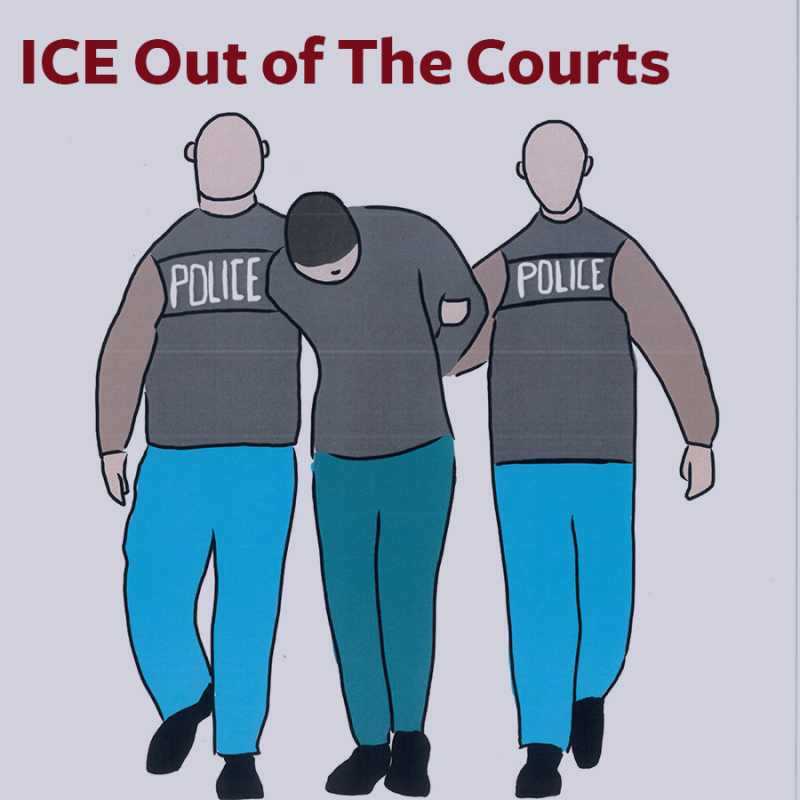 The Immigrant Defense Project (IDP) released new statistics & trends detailing Immigration and Customs Enforcement (ICE) arrests and attempted arrests in courthouses across New York State from January 2017 to date. IDP compiled statistics from attorneys and advocates who work with immigrants and the family members of immigrants as part of their practice.

There have been 110 reports of ICE arrests and attempted arrests in courthouses this year, up from 11 reports in all of 2016. This nearly 900% increase from 2016 signifies a new era in aggressive ICE enforcement emboldened under the Trump administration.

“The exponential increase in ICE courthouse arrests reflects a dangerous new era in enforcement and immigrant rights violations,” said Lee Wang, Staff Attorney at IDP. “Immigrants seeking justice in the criminal, family, and civil courts should not have to fear for their freedom when doing so. The alarming ICE trends we’re seeing in New York undermine the safety and promise of sanctuary.”

“These arrests plague our clients in every borough and deter immigrants and others from seeking services offered by the court that should always be accessible,” said Tina Luongo, Attorney-In-Charge of the Criminal Defense Practice at The Legal Aid Society. “This report shows that courthouse arrests will only continue to proliferate under this Administration. We hope to work with Albany leaders and the Office of Court Administration next session on a legislative remedy that could address this injustice that’s now truly statewide.”

KEY STATISTICS & TRENDS:   The majority of ICE courthouse arrests are taking place in NYC.  Of the 110 reports, 78 of the incidents took place across all five counties of New York City. 67 were arrests; 11 were attempted arrests.

Advocates across the country are working with state court justices and legislators to identify and implement solutions to address ICE’s reckless disregard for public safety and access to justice. Given the complex entanglement of the criminal justice system with federal immigration law and deportation policies, many sanctuary cities often inadvertently feed the President’s deportation machine. State and local officials need to stop federal immigration agents from using the U.S. court system to trap immigrants for arrest, detention, and deportation.