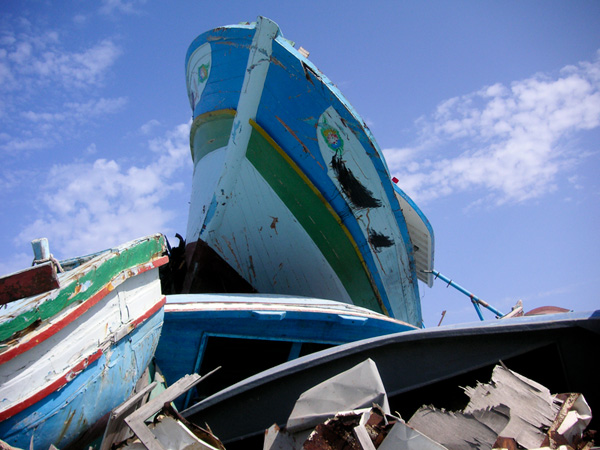 The “boat cemetery” in Lampedusa where the boats used by the migrants are stored to be destroyed later. File photo: Peter Schatzer / UN Migration Agency (IOM) 2006

Relying on analysis of IOM estimates from the Missing Migrants Project, the report states that at least 33,761 migrants were reported to have died or gone missing in the Mediterranean between 2000 and 2017 (as of 30 June). Professor Philippe Fargues of the European University Institute, the report's author, notes that this number likely under-reports the actual scale of the human tragedy, even as the record number of migrant deaths may have begun to subside in 2017 due in part to cooperation between the EU and Turkey, and now Libya, to stem migrant flows.

The report reviews available evidence on trans-Mediterranean irregular migration to Europe along various routes going back to the 1970s, particularly on the magnitude of the flows, the evolution of sea routes to Southern Europe, the characteristics of migrants, the extent to which one can separate between economic and forced movements, and mortality during the sea journey. The report also reflects on the causes of the so-called migration crisis – a record-high number of undocumented arrivals by sea between 2014 and 2016 – and the reasons for the substantial decrease in numbers in 2017. It concludes by identifying future data and research needs.