DACA recipients saw their mental health improve. Now, advocates fear its end will have the opposite effect. 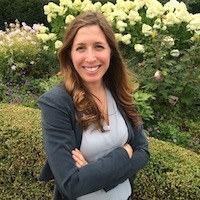 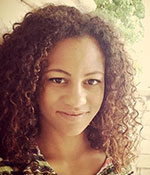 This PRI report considers the mental health impacts on the Trump administration's dismantling of the Deferred Action for Childhood Arrivals program.

Last March, researchers at the University of California published a pioneering study that links the “legitimizing effect” of the program with participants’ improved psychological well-being in California. The state has, by far, the largest population of beneficiaries, 223,000 people out of nearly 800,000 DACA recipients nationwide.

“Now that these people have experienced life with DACA, they have a new baseline to compare things to,” says Caitlin Patler, assistant professor of sociology at UC Davis.

Relief from deportation and authorization to work have “opened the door to so many opportunities and possibilities. They know how life can be.”

Patler and UC Merced sociologist Whitney Pirtle co-authored the study, focusing on young Latinos and immigration status, which was published in the journal Social Science & Medicine.

While they won’t have data on the emotional impact of the end of the program until they conduct more fieldwork in the coming years, Patler theorizes that it could potentially diminish mental well-being to conditions worse than before the program began. And the effects, the researchers say, are likely to not only be seen among DACA recipients themselves.

Patler says that DACA recipients have lost “ontological security.” They think about the personal information they have given the government and worry that they will be deported or unable to work or study, she says. “These young people cannot count on the promise of the future.”

The disruption, along with experiences of anti-immigrant sentiment, could lead to distress, negative emotions, depression and anxiety. At a behavioral level, they could also cause problems like diminished mental focus and concentration, says Patler.