Will the Next Silicon Valley Be in Canada -- Thanks to President Trump?

NPR reports that, when President Trump took office, American tech companies worried that getting international employees work visas in the U.S. would get much harder. But Mike Tippett had a solution to offer them: move to Vancouver.

Vancouver's tech industry has been growing for years now, with companies like Amazon, Slack, Microsoft and SAP all with large headquarters there. It's a quick flight from San Francisco, and a two-hour drive from Seattle. It's in the same time zone with the same language. Labor is also cheaper.

Tippett predicted there would be a surge of tech workers looking for an alternative to America. He founded the company True North, which helps tech workers move to Canada, get incorporated, deal with all the tax and other legal and immigration issues.  The True North website describes its service:

TrueNorth provides companies with the resources & guidance needed to set up a workplace in Canada for employees impacted by new US and Canadian immigration rules.

Almost half of the startups based in Silicon Valley were founded by immigrants. And nearly all startups have been built with the help of international talent living in the US using what has been called the ‘genius visa’.  But new restrictions on the genius visa (technically called the H-1B) are causing some of the most dynamic startups in the world to re-think where they house their current and future employees.

TrueNorth is responding to this need and has emerged as a leading advocate for US firms who are looking for ways to ensure business continuity in the face of an uncertain immigration environment. TrueNorth provides companies with the resources and guidance needed to set up a workplace in Canada for employees impacted by these new rules. TrueNorth works with firms to set up a Canadian subsidiary for their operations. Once this is established, companies can transfer many of their employees to Canada using existing Canadian immigration practices. 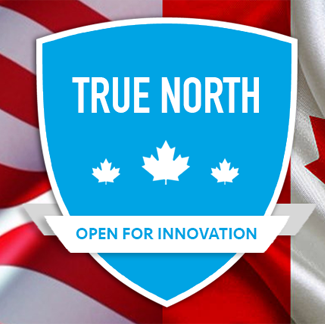 Tippett says Silicon Valley is still the place to be. But each high-skilled worker who moves to Canada is America's loss.