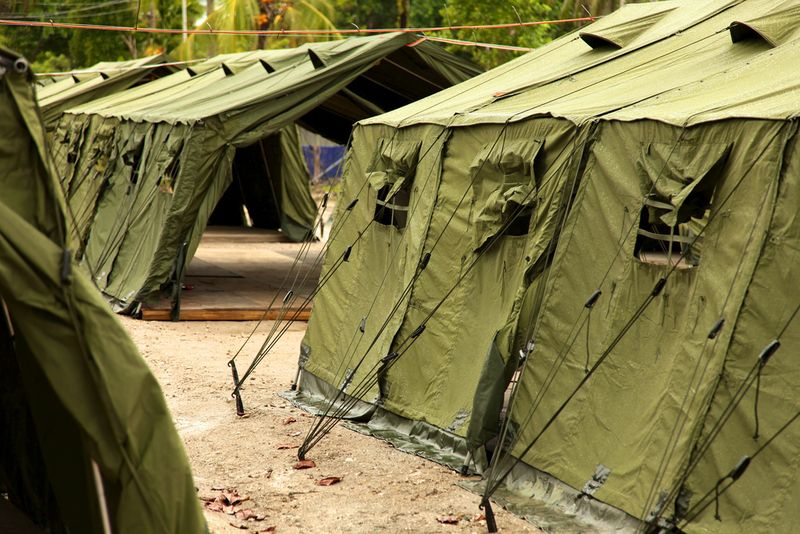 It's been a while since we checked in with Manus Island of Papua New Guinea. You'll recall that this is one site where Australia housed its country-bound refugees who were interdicted on the high seas.

In April 2016, the PNG Supreme Court held that the Manus Island detention facility was unconstitutional.

By August 2016, Australia had agreed to close the facility. This came in the wake of allegations of abuse at the center. Australia eventually settled a lawsuit brought by detainees regarding those abuse allegations for $70m.

In November 2016, President Obama agreed to resettle some of the Manus Island detainees in the US - something President Trump later called "the worst deal ever." (The deal was for the US to take some 1250 Australia-bound refugees from Manus Island and Australia's other off-shore detention site of Nauru. In exchange, Australia would accept Honduran and Salvadoran refugees from a camp in Costa Rica.)

At this point, 54 refugees have been resettled in the US - some from Manus Island and others from Nauru.

Australia would like to close the Manus Island camp for good on October 31. Clearly, not everyone present will be resettled at that point. Instead, Australia proposes to move the camp's residents off-site to the nearby Manus Island township of Lorengau.

Some residents are refusing to leave. They say it's not safe to leave the naval base where they're currently being held. "We have been beaten up, robbed, humiliated and insulted by locals almost every single day."

It's not certain where these holdout refugees will go once Australia shuts off its supply of food, water, and electricity to the base at the end of the month. The Australian government is making one thing clear: "those people will never come to Australia."