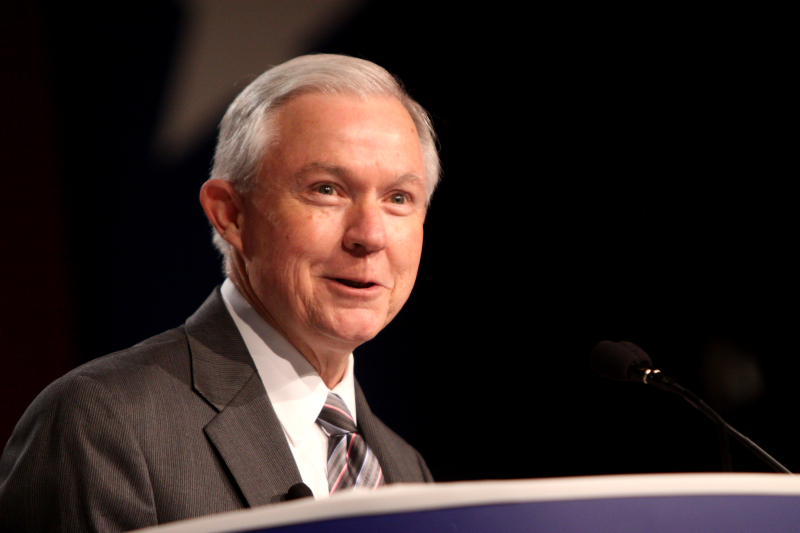 AG Jeff Sessions gave prepared remarks at the EOIR today. You can read them in full here.

Allow me to give you some highlights:

A nation that cannot control its own borders is not a nation at all....

Today, it is estimated that over 11 million people in the United States are here illegally....

How did this happen? How did we get here?

Over the last 30 years, there have been many reasons for this failure. I’d like to talk about just one—the fraud and abuse in our asylum system.

... this system is currently subject to rampant abuse and fraud.

... Claims of fear to return have skyrocketed, and the percentage of claims that are genuinely meritorious are down.....

Saying a few simple words is now transforming a straightforward arrest and immediate return into a probable release and a hearing—if the alien shows for the hearing.

...half of those that pass that [credible fear] screening—the very people who say they came here seeking asylum—never even file an asylum application once they are in the United States. This suggests they knew their asylum claims lacked merit and that their claim of fear was simply a ruse to enter the country illegally.

Not surprisingly, many of those who are released into the United States after their credible fear determination from DHS simply disappear and never show up at their immigration hearings.

... The system is being gamed. The credible fear process was intended to be a lifeline for persons facing serious persecution. But it has become an easy ticket to illegal entry into the United States.

... We also have dirty immigration lawyers who are encouraging their otherwise unlawfully present clients to make false claims of asylum providing them with the magic words needed to trigger the credible fear process.

... There are almost no costs, but potentially many rewards, for filing a meritless asylum application.

... President Trump understands this is a crisis. And so do the American people.

... We can impose and enforce penalties for baseless or fraudulent asylum applications and expand the use of expedited removal. We can elevate the threshold standard of proof in credible fear interviews. We can expand the ability to return asylum seekers to safe third countries. We can close loopholes and clarify our asylum laws to ensure that they help those they were intended to help.

We can turnaround this crisis under President Trump’s leadership.