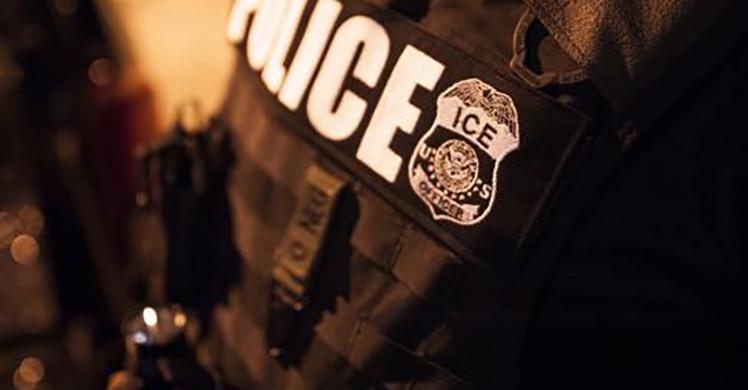 Photo courtesy of ICE
President Trump has regularly made statements about the need for greater immigration enforcement.  Alice Speri on The Intercept reports that, as hundreds of undocumented immigrants were arrested in the first mass raids of the Trump administration, Immigration and Customs Enforcement officials went out of their way to portray the people they detained as hardened criminals, instructing field offices to highlight the worst cases for the media and attempting to distract attention from the dozens of individuals who were apprehended despite having no criminal background at all.

On February 10, as the raids kicked off, an ICE executive in Washington sent an “URGENT” directive to the agency’s chiefs of staff around the country. “Please put together a white paper covering the three most egregious cases,” for each location, the acting chief of staff of ICE’s Enforcement and Removal Operations wrote in the email. “If a location has only one egregious case — then include an extra egregious case from another city.” The email indicated the assignment was due that night, but a day later, an agent at ICE’s San Antonio office sent an internal email saying the team had come up short. “I have been pinged by HQ this morning indicating that we failed at this tasking,” the agent wrote.

Click the link above to read more of the story.  In reading ICE news releases about enforcement operations, keep in mind how the Trump administration is seeking to shape public opinion.