Immigration Article of the Day: The Politics of Immigrant Rights: Between Political Geography and Transnational Interventions 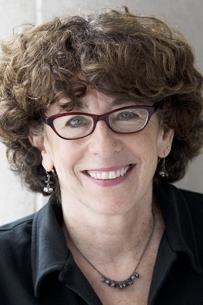 The Politics of Immigrant Rights: Between Political Geography and Transnational Interventions by

This article explores how political geography and the politics of immigration devolution create varying legal environments in which immigrants assert their rights. It argues that the apparent breach of the federal government’s commitment to constitutional and statutory rights pertaining to immigrants has created the need to consider new forms of legal protections through transnational advocacy in a manner consistent with U.S. constitutional guarantees. It contributes to the scholarship on immigrant rights through three lines of inquiry.

First, the article considers the ways that history, demographics, and socio-legal culture affects the politics of devolution of immigration enforcement. Within the boundaries of the United States, different local legal traditions serve to shape the culture of law in which immigrants seek to exercise rights. Legal pluralism may promote innovative developments to law and rights, to be sure. But just as often, legal pluralism serves to undermine fundamental rights that elsewhere provide resolution of legal claims. These idiosyncrasies put into doubt equal protection under the law and raise constitutional and normative concerns. The article considers the various forms and mechanisms of immigration devolution that have developed within a changing political environment and examines the salient factors that act to influence a locality’s preference for devolution policies that enable punitive discriminatory state immigration laws compared with those that tend to foster progressive and protective laws that further immigration integration.

Second, the article examines the capacity of the Mexican Consulate/Department of Legal Protection (DLP) as an agency possessed of the capacity to mitigate the geographic disparity that currently characterizes the exercise of immigrant rights. The Mexican Consulate transacts its responsibilities within “the largest sustained migration flow between any two countries in the world.” It has a lengthy history of engaging in community collaborations to challenge local anti-immigrant legal policies that often stigmatize Mexicans as “a racialized ethnic group” whose presence is deemed unwelcome. Through the functions of the DLP housed within the Consulate, immigrants may obtain assistance to enforce their rights.

Third, the article returns to the impact of the political geography of rights on the effectiveness of the DLP. Through an examination of three strategic research sites: the Mexican Consulate in North Carolina (representing a new destination area for immigrants in an environment of weak community supports); the Mexican Consulate in El Paso, Texas (representing binational/bilingual residents in a border area with heightened humanitarian concerns); and the Mexican Consulate in San Francisco, California (representing an established immigrant corridor with long-established community supports), the article examines the policies and practices of devolution and analyzes their impact on the efficacy of each of the three DLPs generally and especially in the realm of labor, family, and human rights.

The article concludes by suggesting that the use of devolution as response to the presence of immigrants may serve as “a bellwether of deeper social changes.” It observes that the likelihood of modification of policy of immigration enforcement in ways to benefit immigrant rights is dubious in the near future. Given these circumstances, the article sets forth those salient characteristics identified by migration scholars as contributing to a robust and coherent national and transnational blueprint to protect immigrant rights and demonstrates that the DLP exemplifies such best practices.