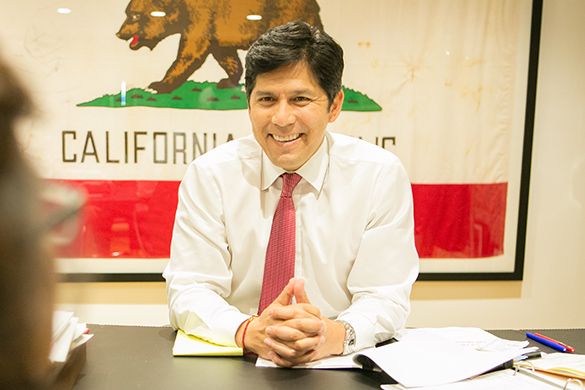 Here is commentary arguing in support of the California Values Act, which is currently being considered in the California legislature.  Some have said that it would make California the first "sanctuary state."

The California Values Act, Senate Bill 54, backed by Senate President Pro Tem Kevin de León, is a response to President Donald Trump’s threats of mass deportations, which were made all the more real with the rescission last week of the Deferred Action for Childhood Arrivals (DACA) program.

SB 54 would provide safeguards to ensure that immigrants can visit government offices, work with police, take their children to school and go to the doctor without fear of deportation. In line with policies already in place, it also would allow local and state jurisdictions to refuse to comply with federal immigration enforcement if an undocumented immigrant has not committed a major crime.