This Filipina Nanny Is Suing Her Former Boss—a German Diplomat to the U.S.—for Labor Exploitation

Domestic service workers often are exploited in the workplace.  Colorlines reports on one extreme case.  With the promise of 35-hour weeks and $10 an hour plus overtime, Edith Mendoza moved to the United States to care for a German diplomat's family. Instead, she often worked 100 hours per week, had her wages stolen and became seriously ill. Now, in a rare move for a migrant domestic worker, she's suing her old boss. 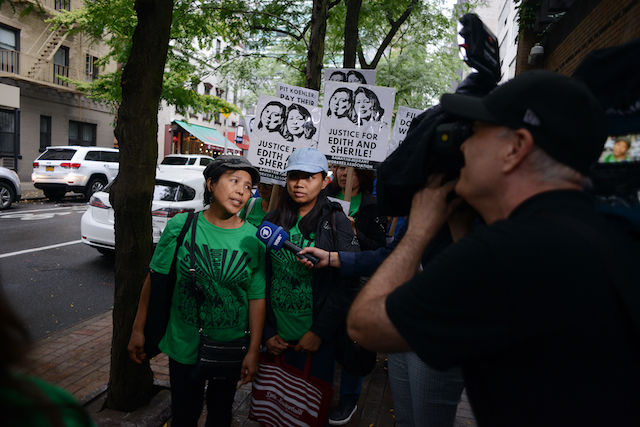 Edith Mendoza (left) and Sherile Pahagas (right), who are suing their former diplomat employers for unpaid wages and other labor violations, speak to members of the media at a rally organized by Damyan Migrant Workers Association in New York City on August 7, 2017.
Photo: Dana Ullman
KJ