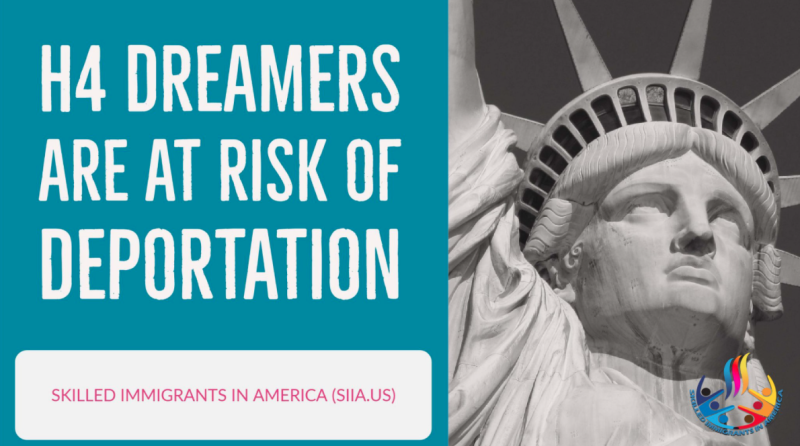 Have you heard of "H4 Dreamers" ? The concept was new to me, but interest groups like Skilled Immigrants in America have been tweeting about #H4Dreamers (and creating memes like the one above) for the past few weeks.

Laura D. Francis over at Bloomberg BNA has the details.

The issue is children of H1B workers, particularly workers from India. These children came to the U.S. "accompanying" their parents on an H4 status. But when they turn 21, they are no longer eligible to retain their H4 visas. They need their own status. And right now, that pretty much means seeking an F student visa and hoping to secure their own H1B upon graduation.

Of course, this wasn't what their H1B parents had hoped for. They'd hoped to secure green cards before their children were longer considered, for purposes of immigration law, children.

But green cards for Indian citizens are backlogged. And many H4 children will age out before their parents can obtain LPR status.

Like DREAMers, children of H1B workers grew up in the United States and never envisioned returning to their countries of origin. Their parents argue that H4 Dreamers should perhaps be viewed with even more sympathy than traditional DREAMers since they are lawful immigrants. There is, however, no currently proposed legislation to help this population.