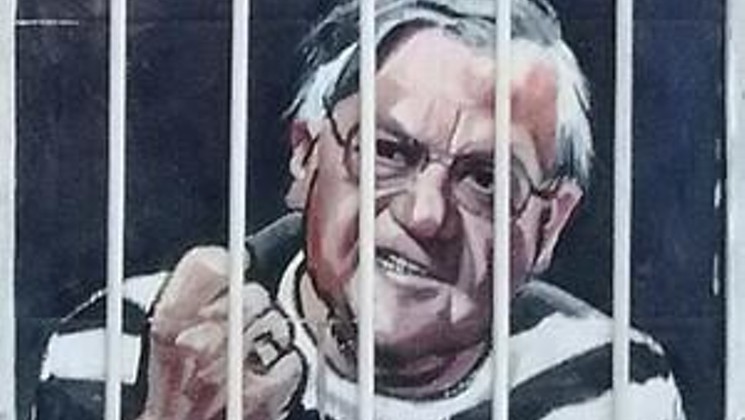 Former Maricopa County, Arizona Sheriff Joe Arpaio, the controversial sheriff who lead a Maricopa County Sheriff's Office found to have racially profiled Latinos in criminal and immigration law enforcement, has been guilty for criminal contempt.  In a ruling released yesterday, U.S. District Judge Susan Bolton concluded that the evidence demonstrated that Arpaio “willfully violated"  a "clear and definite order" "by failing to do anything to ensure his subordinates' compliance and by directing them to continue to detain persons for whom no criminal charges could be filed.  Because the Court finds that Defendant willfully violated an order of the court, it finds Defendant guilty of criminal contempt."

Sentencing is set for October 5. Arpaio, 85, faces up to six months in jail.

Judge Bolton (order here Download USA_v._Arpaio_et_al__Docket_N) liberally inserted the lawman’s public remarks, mostly issued through news releases and media clips, to support her opinion.  The ruling is the latest chapter in a decade-long racial-profiling case that began after allegations that Arpaio’s deputies were targeting Latinos in immigration-enforcement operations.

The Mexican American Legal Defense and Education Fund released the following statement about the Arpaio ruling:

“Today’s ruling finding Joe Arpaio, the disgraced former sheriff from Arizona, guilty of criminal contempt should be required reading for every police officer in Texas and anywhere else where officers are coerced into attempting to enforce federal immigration law. The ruling essentially recognizes that local police lack the constitutionally-required evidence to detain or arrest undocumented immigrants who entered the country without inspection or who overstayed a visa.  Attempting to perform such arrests and detentions places police officers in a precarious legal position that can have significant consequences, including criminal conviction.
Unfortunately, with its notorious enactment of SB 4, the state of Texas would essentially throw its police officers into the constitutional wilderness on these issues without any guidance or direction from sheriffs or police chiefs. It is no exaggeration to say that SB 4 heightens the risk of being found guilty of significant legal violations for every police officer or sheriff’s deputy throughout Texas.
Whether Arpaio’s notoriety garners him unwarranted protection from a jury or presidential pardon in the future, police officers in Texas and elsewhere should understand that they are unlikely to receive any such undeserved indulgence.”
The ACLU commented on the ruling here.