A Summary of the the Supreme Court's Stay Order in the "Travel Ban" Case by Sara Ehsani-Nia, Law Student 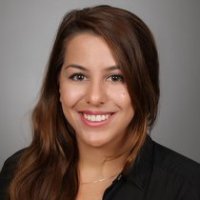 Law student Sara Ehsani-Nia wrote up this summary of the Supreme Court's June 26 per curiam order in the Executive Order "travel ban" cases:

In IRAP v. Trump, a Federal District Court concluded that respondents were likely to succeed on their Establishment Clause claim with respect to §2(c) of EO-2—the provision temporarily suspending entry from six countries—and thus entered a nationwide preliminary injunction barring the government from enforcing §2(c) against any foreign national seeking entry to the US.[1] In Hawaii v. Trump the court likewise relied on the Establishment Clause and entered a preliminary injunction enjoining nationwide enforcement of all of §§2 and 6.[2]

The Court of Appeals for the Fourth Circuit ruled on May 25 that the primary purpose of §2(c) was religious, and violated the First Amendment. A reasonable observer familiar with all circumstances—including the Muslim character of the designated countries and Trump’s campaign statements—would conclude that §2(c) was motivated principally by a desire to exclude Muslims from the US, not by considerations relating to national security.

The Ninth Circuit ruled in Hawaii in favor of respondents, and rather than relying on the constitutional grounds supporting the District Court’s opinion, the court held that portions of EO-2 exceeded Presidential authority under the INA. Both the Ninth and Fourth Circuits concluded that the injunction should bar enforcement of provisions of EO-2 across the board because they would violate the INA “in all applications.”

Respondents’ June 12 filing injected a new issue into the cases. In IRAP, respondents argued that the suspension of entry detailed in Section 2(c) of the Muslim Ban would expire on June 14, as section 2(c) directs that entry “be suspended for 90 days from the effective date of” EO-2. As the original “effective date” was March 16, the entry suspension would expire 90 days, on June 14. At that time, the dispute over §2(c) would be moot. On June 14, President Trump issued a memorandum to the Executive Branch declaring the effective date of each enjoined provision of EO-2 to be the date on which the injunctions in these cases “are lifted or stayed on which the injunctions in respect to that provision.”[3] As a result, the government took the view that any mootness problem that existed previously is no longer an issue.

The Supreme Court enjoined two cases in this opinion, including IRAP and Hawaii v. Trump. On June 1, the Government filed a petition for certiorari seeking review of the Fourth Circuit decision. It also filed applications seeking stays of both injunctions, including the Hawaii injunction still pending before the Ninth Circuit. The government requested that the Supreme Court expedite the certiorari stage briefing.

The government asks the Court to stay injunctions entered below.

In IRAP, the government argues that respondent lacks standing to challenge §2(c). The government also contends that Doe’s Establishment Clause claim fails on the merits. The court should have upheld EO-2 because it rests on the “facially legitimate and bona fide” justification of protecting national security.[4] In addition the Fourth Circuit erred by focusing on the President’s campaign-trail comments to conclude that §2(c)—religiously neutral on its face—nonetheless has a principally religious purpose.

The majority opinion of the Supreme Court grants the Government’s applications to stay the injunctions, to the extent the injunctions prevent enforcement of §2(c) with respect to foreign nationals who lack any bona fide relationship with a person or entity in the US.

The courts below took account of concrete burdens that would fall on Doe, Dr. Elshikh, and Hawaii if §2(c) were enforced. They reasoned that §2(c) would “directly affect” Doe and Dr. Elshikh by delaying entry of their family members to the US.[7] The Ninth Circuit concluded that §2(c) would harm the State by preventing students from designated nations who had been admitted to the University of Hawaii from entering the country. These hardships were therefore sufficiently weighty and immediate to outweigh the Government’s interest in enforcing §2(c).

The Supreme Courte accordingly narrows the scope of the injunctions as to §2(c). The injunctions remain in place only with respect to parties similarly situated to Doe, Dr. Elshikh, and Hawaii. The facts of both cases illustrate the sorts of relationships that qualify. For individuals seeking admission to the US, they must illustrate a close familial relationship. As for entities, the relationship must be formal, documented, and formed in the ordinary course rather than for the purpose of evading EO-2. Qualified entities include universities, and companies or organizations.

The Hawaii injunction extends beyond §2(c) to bar enforcement of the §6(a) suspension of refugee admissions and the §6(b) refugee cap. The majority here finds that a similar equitable balance struck above applies in this context as well.  An American individual or entity that has a bona fide relationship with a particular person seeking entry to the US as a refugee can legitimately claim concrete hardship if that person is excluded. However, for refugees who lack any such connection to the US, the balance tips in favor of the Government’s compelling need to provide for the nation’s security.[8]

The Government’s application to stay the injunction with respect to §§6(a) and (b) is granted in part. Section 6(a) may not be enforced against an individual seeking admission as a refugee who can credibly claim a bona fide relationship with a person or entity in the US. Nor may §6(b), even if the 50,000-person cap has reached or exceeded.

Dissent, Justice Thomas, with whom Justice Alito and Justice Gorsuch join, concurring in part and dissenting in part.

The two “most critical” factors we must consider in deciding whether to grant a stay are “(1) whether the stay applicant has made a strong showing that it is likely to succeed on the merits” and “(2) whether the applicant will be irreparably injured absent a stay.”[9] The government has satisfied the standard for issuing a stay pending certiorari. The government has also established that failure to stay the injunctions will cause irreparable harm by interfering with its “compelling need to provide for the Nation’s security.”[10] Weighing the Government’s interest in preserving national security against the hardships caused to respondents by temporary denials of entry into the country, the balance of the equities favors the Government.

It would have been reasonable for the majority opinion of this court to have left injunctions in place only as to respondents themselves. The court instead takes additional steps to protect an unidentified, unnamed group of foreign nationals abroad. The majority’s order overly burdens the Executive Branch with the task of determining whether someone meets the “bona fide connection” qualifications to enter the US.

Arguments on the merits will be in October.  Stay tuned!