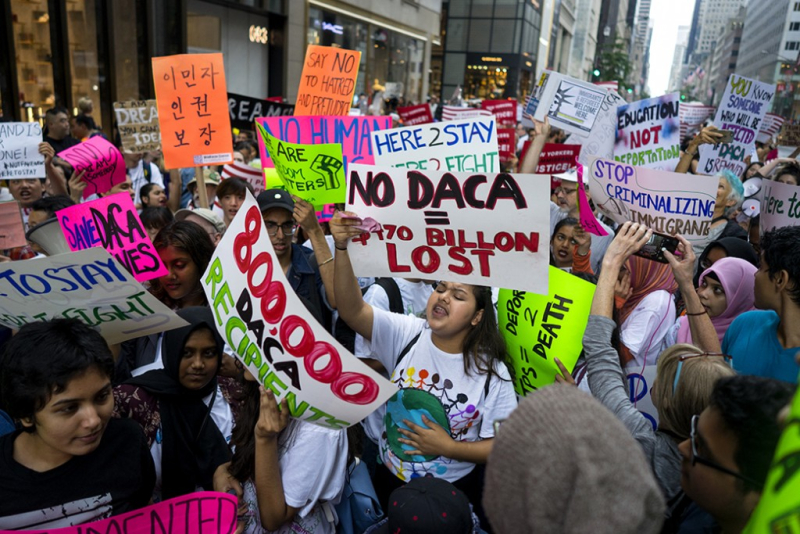 Since it was first announced on June 15, 2012, the Deferred Action for Childhood Arrivals (DACA) policy has provided temporary relief from deportation as well as work authorization to approximately 800,000 undocumented young people across the country. As research has consistently shown, DACA has not only improved the lives of undocumented young people and their families but has also positively affected the economy more generally, which benefits all Americans.

From August 1, 2017 to August 20, 2017, Tom K. Wong of the University of California, San Diego; United We Dream (UWD); the National Immigration Law Center (NILC); and the Center for American Progress fielded a national survey to further analyze the economic, employment, educational, and societal experiences of DACA recipients. This is the largest study to date of DACA recipients with a sample size of 3,063 respondents in 46 states as well as the District of Columbia.

The data illustrate that DACA recipients continue to make positive and significant contributions to the economy, including earning higher wages, which translates into higher tax revenue and economic growth that benefits all Americans. In addition, DACA recipients are buying cars, purchasing their first homes, and even creating new businesses. The survey’s results also show that at least 72 percent of the top 25 Fortune 500 companies employ DACA recipients. Moreover, 97 percent of respondents are currently employed or enrolled in school.

Average hourly wages rose by 69% after DACA— that means more tax revenue for cities, states, and the U.S.

The survey results can be found here. For more information on the survey, please contact Tom K. Wong.