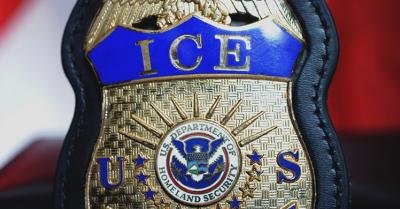 Reuters reports (and here and here) that federal immigration authorities agents are planning nationwide raids next week to arrest, among others, teenagers who entered the country without guardians and are suspected gang members

The raids are set to begin on Sunday and continue through Wednesday, according to an internal memo seen by Reuters. (I am looking for the memo.) The teenagers targeted will be 16- and 17-years-old.  According to Reuters, "The raids represent a sharp departure from practices during the presidency of Barack Obama. Under Obama, minors could be targeted for deportation if they had been convicted of crimes, but were not arrested simply for suspected gang activity or membership."

Earlier this week, U.S. Immigration & Customs Enforcement announced that ICE Enforcement and Removal Operations (ERO) arrested a total of 123 criminal aliens and immigration violators in Central and South Texas during an eight-day enforcement action which ended Wednesday.  During the July 10-19 operation, ERO officers made arrests in the following Central and South Texas cities:  Austin (13), Waco (3), Harlingen (44), Laredo (27) and San Antonio (36).  Of those arrested, 115 were men; eight were women.    According to ICE, all the persons arrested had prior criminal convictions. The majority of those arrested, 93, had criminal histories that included convictions for the following crimes:  aggravated assault, assault, child abuse, domestic violence, cocaine possession, fraud, driving under the influence (DUI), drug trafficking, felony marijuana possession, illegal entry, illegal re-entry after deportation, larceny, possessing a controlled substance, and weapons possession; 30 were arrested on immigration violations.