Migrants in surge fare worse in immigration court than other groups

Julia Preston reports on the rapid rise in rates of in absentia  removal orders for asylum seekers who came in the "surge" of Central Americans fleeing criminal violence in 2014.

Of nearly 100,000 parents and children who have come before the immigration courts since 2014, most asking for asylum, judges have issued rulings in at least 32,500 cases, court records show. The majority — 70 percent — ended with deportation orders in absentia.  Their cases are failing just as President Trump threatens to rapidly expand deportations. 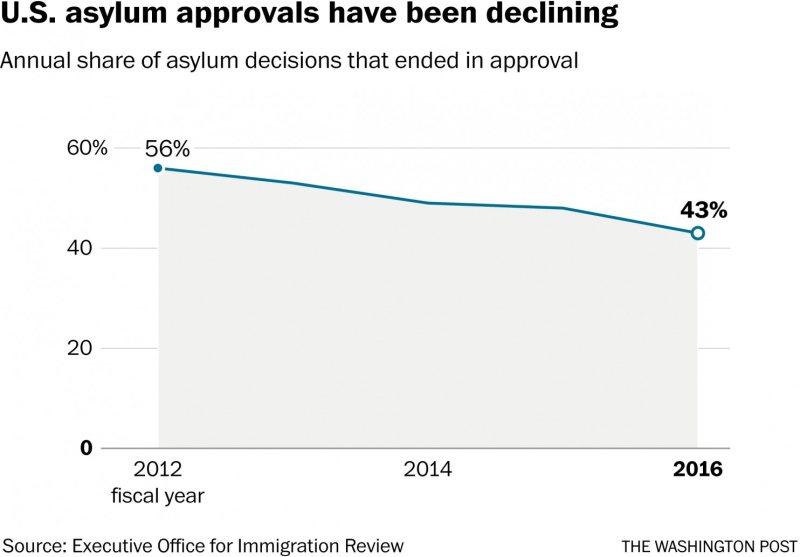 Immigration courts have long had high rates of in absentia rulings, with one-quarter of all cases resolved by such decisions last year. But the rate for families who came in the border surge stands out as far higher, according to the Executive Office for Immigration Review.

Preston explains:  "Many immigrants did not understand what they were supposed to do to pursue their claims and could not connect with lawyers to guide them. Some just stayed away, fearing they could be deported directly from courthouses and choosing instead to take their chances in the immigration underground."