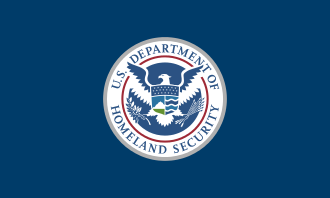 Immigration reforms passed by Congress in 1996 created “expedited removal,” see Immigration and Nationality Act § 238, 8 U.S.C. § 1228, a process of abbreviated procedures and judicially unreviewable deportation decisions.  Before 2017, expedited removal had been limited to noncitizens (1) apprehended within 100 miles of the U.S. border; and (2) in the country for less than two weeks.  Designating Aliens for Expedited Removal, 69 Fed. Reg. 48877 (Aug. 11, 2004).    Noncitizens apprehended near the U.S. borders who have been in the United States for a relatively short period of time are likely to have fewer established ties to this country, such as family, friends, employment, and community, than longer term residents; such limited ties to the United States make it easier to justify speedy removal with limited process.  Nonetheless, expedited removals of any noncitizens without judicial review raise serious constitutional questions.  See, e.g., Gerald L. Neuman, The Habeas Corpus Suspension Clause After Boumediene v. Bush, 110 Colum. L. Rev. 537, 571-77 (2010).  For criticisms of expedited removal as implemented, see U.S. Comm’n on Int’l Religious Freedom, Report on Asylum Seekers in Expedited Removal (2005).

Sections 11(b) and (c) of President Trump’s January 25, 2017 Border Security Order promise to greatly expand the current scope of expedited removal.  The order eliminated the geographic limits to expedited removal and made the procedures applicable to noncitizens in the country for as long as two years.  By so doing, the order effectively extends the border for purposes of summary immigration enforcement.  Summary deportations of persons, with family (including U.S. citizen children), friends, community, and a job — put differently, ties to the United States -- raise substantial Due Process and related questions.

I have been of the opinion that, if the Trump administration seeks to implement the expanded expedited removal provisions of the executive order through regulations, legal challenges on constitutional and other grounds are likely.  The Fifth Amendment guarantees Due Process rights to all immigrants, including undocumented immigrants, physically present in the United States.  The Supreme Court has generally held that, before they can be removed from the United States, noncitizens physically present in the country – no matter the length of time or immigration status (i.e., undocumented immigrants have due process rights) – are entitled to a hearing that comports with Due Process. See, e.g., Bridges v. Wixon, 326 U.S. 135, 161 (1945); Kwong Hai Chew v. Colding, 344 U.S. 590, 603 (1953); Yamataya v. Fisher (The Japanese Immigrant Case), 189 U.S. 86, 99-100 (1903).   The Court has consistently found that, because of the significant interests of the noncitizen physically present in the United States at stake, a removal hearing with full Due Process rights is required by the Constitution.  See, e.g., Fong Haw Tan v. Phelan, 333 U.S. 6, 10 (1948) (“Deportation is a drastic measure and at times the equivalent of banishment or exile.”); Bridges v. Wixon, 326 U.S. 135, 147 (1945) (emphasizing that “deportation may result in the loss ‘of all that makes life worth living’”) (citation omitted) (emphasis added).    Consequently, the Supreme Court on several occasions has ruled that, even when Congress appeared to eliminate all judicial review of an order, removing a noncitizen from the country the Constitution requires some kind of judicial review.  See, e.g., INS v. St. Cyr, 533 U.S. 135, 147 (2001).

The Supreme Court’s decision in Landon v. Plasencia,  459 U.S. 21 (1982); which involved the denial of entry into the United States of a long-term lawful permanent resident who had left the country for a weekend in Mexico, is the modern touchstone for determining the scope of Due Process rights of noncitizens.   It likely will be at the center of any Due Process challenge to expanded expedited removal.

The Washington Post reports that the Trump administration is considering the implementation of expanded expedited removal as outlined in the executive order.  The Post reportedly obtained "a 13-page internal agency memo" detailing the changes.  "Two administration officials confirmed that the proposed new policy, which would not require congressional approval, is under review. The memo was circulated at the White House in May, and DHS is reviewing comments on the document from the Office of Management and Budget, according to one administration official familiar with the process . . . . "

The Post story states that an expansion of the expedited removals process would be “a recipe for disaster,” according to Lee Gelernt, the deputy director of the American Civil Liberties Union’s Immigrants Rights Project.

“If you have to give people genuine due process, you can’t just move people out of the country with the snap of your fingers,” Gelernt said. “But once you start instituting summary removal processes all over the country, then you can start seeing mass deportations.”

“Right now, someone apprehended in St. Louis would be entitled to a full hearing,” he said. “With expedited removal, you pick a person up, and they could be gone immediately.”

Expanded expedited removal would be a big step for the Trump administration.  Stay tuned for updates on further developments.