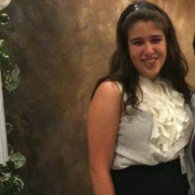 Last week, the Ninth Circuit issued its latest opinion in the long saga of JENNY FLORES V. JEFFERSON SESSIONS, III(9th Cir. July 5, 2017).  The UC Davis Immigration Law Clinic and Carlos Holguin of the Center for Human Rights and Constitutional Law successfully moved to enforce the settlement agreement in the case, which involved the detention of minors facing removal from the United States .

Ilene Reynoso, Law Student, UC Davis School of Law  provides a summary of the opinion below:

The U.S. Court of Appeals for the Ninth Circuit unanimously affirmed the district court’s decision to grant the plaintiff’s motion “to enforce the Settlement and to require that ORR [Office of Refugee Resettlement] comply in full with Paragraph 24A.” The panel for the case, which involves the detention of minors facing removal from the United States, was composed of Judge Reinhardt, Judge Tashima, and Judge Berzon. Judge Reinhardt, who was appointed by President Jimmy Carter, wrote the opinion. Judges Tashima and Berzon, both appointed by President Clinton, joined the opinion. Here is a summary of the decision.

A 1985 California case resulted in the Flores Settlement, which set up “‘ a nationwide policy for the detention, release, and treatment of minors in the custody of the [Immigration and Naturalization Service] INS.’ Flores Settlement at ¶ 9.” This case centers on Paragraph 24A of the Flores Settlement which states, “A minor in deportation proceedings shall be afforded a bond redetermination hearing before an immigration judge in every case, unless the minor indicates on the Notice of Custody Determination form that he or she refuses such a hearing.”

The Settlement was to “remain in effect until ‘45 days following defendants’ publication of final regulations’ governing the treatment of detained [sic] minors.” There have been no rules or regulations that meet this requirement.

There are two laws passed after this Settlement that affect it. The Homeland Security Act (HSA) in 2002 dismantled the INS and created the Department of Homeland Security (DHS). The HSA also gave previous INS “functions relating to the care of unaccompanied minors…to the Director of the…ORR... of the Department of Health and Human Services (‘HHS). 6 U.S.C. § 279(a), (b)(1)(A), (g)(2).” Under the HSA, the ORR must make sure unaccompanied alien children’s interests are considered and manage “the care and placement of unaccompanied alien children,” among other things. Id. § 279(b)(1). The ORR must also work with other agencies including some in the DHS.

The HSA includes a savings clause that encompasses the Flores Settlement and states that it (and other described actions) remain in effect unless otherwise changed or eliminated. “6 U.S.C. § 552(a)(1) (incorporated by reference into 6 U.S.C. § 279(f)(2)).”

The second law is the Trafficking Victims Protection Reauthorization Act (TVPRA) passed in 2008. “Pub L. No. 110-457, 122 Stat. 5044 (principally codified in relevant part at 8 U.S.C. § 1232).” The TVPRA established “statutory standards for the treatment of unaccompanied minors.” It also gives the Secretary of HHS the task of “care and custody of all unaccompanied alien children, including responsibility for their detention. 8 U.S.C. §1232(b)(1).” The TVPRA maintains the Flores Settlement by stating it will “be exercised in a manner consistent with the Homeland Security Act, and incorporat[ing] by reference the savings clause included in the HSA. Id. (citing 6 U.S.C. § 279).”

The TVPRA requires a child in ORR custody be placed “in the ‘least restrictive setting that is in the best interest of the child.’ Id. § 1232(c)(2)(A).” This Act requires “‘a determination that the child poses a danger to self or others or has been charged with having committed a criminal offense’ Id.” before being put in a juvenile facility. The Court notes that this determination is accomplished in a bond hearing. The Court further notes that the TVPRA also orders ORR to work with other government actors and with unaccompanied minors. “Id. § 1232(a)(1),(c)(1, 4-5).”

The current policies in the ORR Guide require a local federal field specialist to decide whether to release a child. Parents or legal guardians can appeal denials, but there are major issues with this process including: no right to present evidence, no right to counsel, and no “rules for admissibility, evidentiary burdens, or standards of proof.” (ORR Guide).  It also seems the minors can only appeal “‘[i]f the sole reason for denial of release is concern that the unaccompanied alien child is a danger to himself/herself or the community.’ Id.” Further, it appears the minor does not even have the right to be at “an appeal filed by a parent or guardian. Id.”

The Plaintiffs’ evidence shows “ORR currently detains unaccompanied minors for months, and even years, without…any opportunity to be heard before a neutral person with authority to review the basis for the detention.” This evidence is then highlighted by the stories of Hector, Byron, and William.

Hector was detained for over a year when he was 15. He notes the prison-like conditions of the center he was held in. And the Court notes that “ORR never provided him or his attorney with an explanation for his continued secure detention, gave any indication of when he might be released, or presented him for a hearing before an immigration judge.”

Byron served a juvenile sentence in Texas and after serving his time was transferred to ORR custody. He was then sent to a detention center in Yolo County, California. During his time there, Byron was constantly given false information including that “he would be transferred to a group home after 30 days” and after six weeks that “he would be released ‘within a few weeks.’”

In Footnote 11, the Court also notes Byron’s story about his roommate at the detention center. His roommate eventually agreed to voluntary departure. This “is supported by the declarations submitted by counsel for detained minors…Such evidence raises the alarming possibility that children who may have legitimate claims to asylum or other forms of relief from removal are being sent back to countries where they face danger, and even death.”

William was “placed in ORR custody when he was nine years old.” He and his parents were never told why he could not be released to them nor were they allowed a hearing. When his counsel “brought a motion to terminate removal proceedings…ORR ‘suddenly and without explanation released William to his parents.’”

The Court looked at the statutes text and framework and Congress’s intent in passing the acts. When looking to the text, the Court found no “mention of bond hearings, or of an immigration judge’s authority—or lack of authority—to review the custody status of unaccompanied minors.” The Court applied the canon of statutory construction that “Congress does not silently abrogate existing law” and assumes “‘Congress is aware of the legal context in which it is legislating.’ Abrego Abrego v. Dow Chem. Co., 443 F.3d 676, 683-84 (9th Cir. 2006).” The court found “no provision of the HSA or TVPRA that would be violated by holding that Paragraph 24A remains in effect in its entirety.”

The Court then analyzed the statutory frameworks and found nothing to suggest the HSA and TVPRA are supposed to be the only laws regarding unaccompanied alien minors and that “the laws are concerned with ensuring the welfare of” unaccompanied alien minors. The Acts do not discuss how to determine whether these children should remain in government custody. Rather, they focus on their “care and placement while in government custody.” The Court concluded that nothing in the framework of these statutes would prevent ORR from helping comply with Paragraph 24A.

The Court strongly disagreed with the U.S. government’s position that bond hearings were not beneficial to unaccompanied alien children. And pointed out that even if it was not beneficial, that does not permit the government to not provide them. The opinion notes that bond hearings are preferable to the current ORR review process because it solves many of the problems in the ORR process discussed earlier in this summary.

The Court found that Congress’s intent in passing the HSA and the TVPRA was to increase the protection of unaccompanied alien minors. And that this intent is consistent with continued enforcement of Paragraph 24A.

For all the above reasons, the Ninth Circuit held that the two statutes do not require the U.S. government to stop complying with Paragraph 24A of the Flores Settlement.