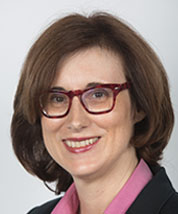 The Eleventh Circuit has ruled in Alfaro v. U.S. Attorney General that a trailer in a jungle run by contra insurgent fighters during the Nicaraguan civil war is not a prison. Roger Alfaro—a Nicaraguan man who was recruited at age 17 to fight for the Contras—did not misrepresent when he answered “no” to a question on the 1982 version of the adjustment application asking whether he had ever been “confined to a prison.” As Mr. Alfaro explained during his pro se removal proceedings, the contras had put him in a jungle trailer while they conducted an investigation into an incident involving a Sandinista soldier.

Mr. Alfaro litigated his case without the help of an attorney, while detained, for over three years. First to the judge and then to the Board of Immigration Appeals, he argued that the trailer run by the contras and was not part of the Nicaraguan government’s “jail system.” But no one—not the immigration judge, the government trail attorney, or the single Board member who denied his appeal—was able to see that a rebel-run trailer is not a prison. The attorney from the Office of Immigration Litigation, in a desperate bid to justify the Board decision, articulated for the first time at oral argument the unspoken, jingoist logic of the agency: The confinement must have been based on lawful authority because the U.S. had backed the Contras. Rejecting this reasoning took the Eleventh Circuit no effort at all.

Mr. Alfaro counts as yet another victim of the Reagan era’s war on communism. And his struggle is not over. The next battle will be returning Mr. Alfaro to his wife, children, and grandchildren in Florida. While there is reason to hope that the government will do the right thing by Mr. Alfaro, ICE has a poor track record on bringing wrongly deported people home.  See National Immigration Project practice advisory.

a bit too dialectical for me. How does a contra scumbag become a victim?