From the Bookshelves: Hallelujah Dave by David Valdez 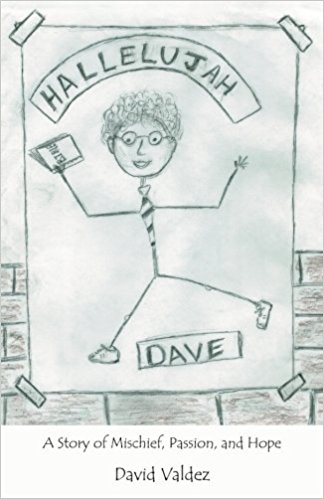 A boy of Mexican immigrants has an unusual gift, the recollection of his birth. As he grows up in Middle America, he is rocked between mischief and love, elation and despair. He becomes entangled in the hippie movement of the ’60s. Later, in the midst of his chemistry studies at the University of Illinois, he becomes ensnarled in the Vietnam antiwar movement. It is there, in high school and college, where his life goals are crystallized and he maps out his life. There are things that he must do and must become. Yet somehow, impacting him are three short letters he received in his life and a chance meeting that changes everything. Though he tries, he cannot escape his future. It was made with hands bigger than his own.