Earlier thus week, ImmigrationProf reported on the horrific deaths in San Antonio of migrants in who had been victimized by human traffickers.  Mexico also has seen a great deal of human trafficking through its territory with the rampant violence in Central America.  CNN reports that Mexican authorities rescued 178 Central American migrants found abandoned in a trailer in Veracruz state.  Those rescued Saturday included women and children, and are being housed in the nearby town of Tantima, about 400 miles away from the US-Mexico border.  Their health conditions were not immediately known. 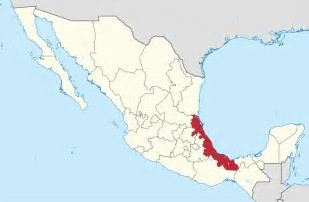 Migrants from Guatemala, Honduras and El Salvador fleeing violence and poverty travel through the state of Veracruz on their way to the United States.
In December, Mexican officials rescued 110 migrants from Central and South America who were trapped inside a trailer in Veracruz, officials said.  They were en route to the United States, but the driver abandoned the vehicle when it crashed. Police officers responding to the crash heard screams coming from inside the trailer.
KJ