True Crime Podcast – The Murders of Brisenia and Raul Flores 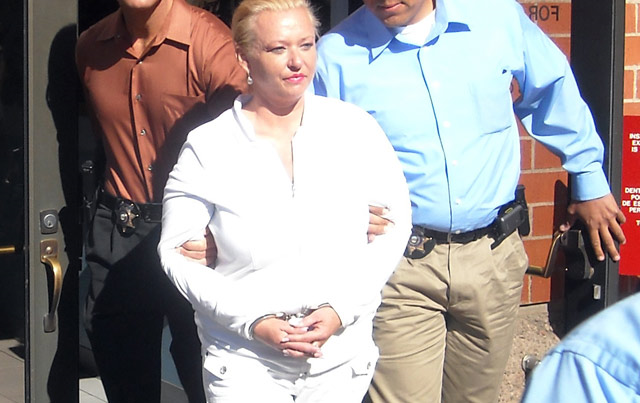 This True Crime podcast closely reviews the Shawna Forde murder case, a case that ImmigrationProf previously (and here and here) .  Forde allegedly was involved in a group affiliated with the Minuteman immigration enforcement group.

A Pima County jury convicted Shawna Forde of two counts of first-degree murder in the May 30, 2009 deaths of Arivaca residents Raul Junior Flores and his 9-year-old daughter, Brisenia. The jury also convicted Forde of attempted first-degree murder in the shooting of Flores' wife, Gina Gonzalez, as well as related aggravated assault and robbery counts.

The case:  On May 30, 2009, 29-year-old Raul Flores, Jr., and his daughter, 9-year-old Brisenia Ylianna Flores, were murdered at their home in Arivaca, Arizona during a robbery by Shawna Forde, Jason Eugene Bush, and Albert Gaxiola. Gina Gonzalez, the victims' wife and mother, survived the attack.

Forde and her accomplices gained entry to the Flores home by claiming they were officials looking for fugitives.  The suspects hoped to find money and drugs that could be sold to finance Forde's militia group, the "Minutemen American Defense", which patrolled Arizona's border with Mexico. When they found no drugs, the intruders took jewelry and shot 29-year-old Raul Flores, Jr., and his daughter, 9-year-old Brisenia Ylianna Flores, to death.

Gina Marie Gonzalez, the 31-year-old wife of Raul Flores and the mother of Brisenia, was in the home during the attack and was shot three times.

Shawna Forde, Jason Eugene Bush, and Albert Gaxiola were all convicted of the murders. Forde and Bush were sentenced to death, while Gaxiola was sentenced to life imprisonment without parole plus 54 years.