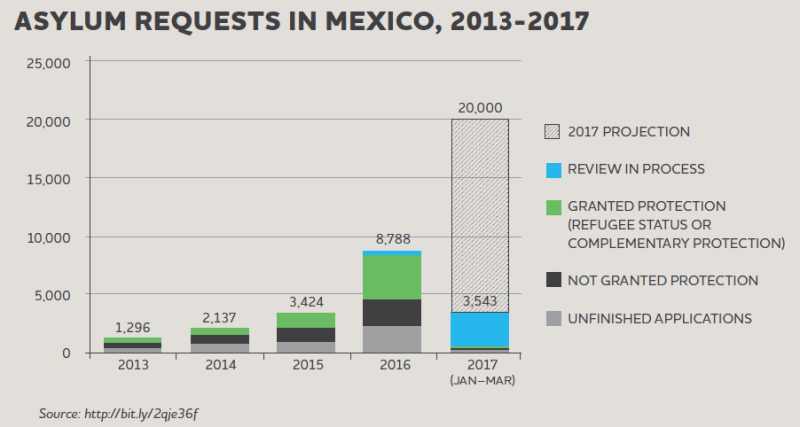 In a report released yesterday. WOLA (the Washington Office on Latin America) examines Mexico’s immigration enforcement and its emerging role as an asylum destination. The report also analyzes U.S. assistance in Mexico’s southern border zone, and the on-the-ground impact of harsh U.S. rhetoric and enforcement policies. It finds that low levels of migrant apprehensions in Mexico and at the U.S. border during the first few months of 2017 are not sustainable. Significant migration is likely to continue, given ongoing violence and insecurity in Central America.