ImmigrationProf has been keeping readers abreast about the case of Claudia Rueda, the Cal State LA student, who was detained by the U.S. government and ultimately released.

On Friday June 9, educators, students, and community activists from across the state of California assembled at Otay Mesa Detention Center, for the immigration hearing of Claudia Rueda. Claudia, a Cal State Los Angeles student, was picked up by ICE in May, after her mother had been detained by federal agents in April. Rueda, an immigrant rights activist, was eligible for DACA, but could not afford the fees. Supporters from the California Faculty Association(CFA), the California Teachers Association (CTA), the National Education Association (NEA), the United Auto Workers (UAW), National Day Laborer Organizing Network (NDLON) and Immigrant Youth Coalition (IYC), as well as a representative from Senator Kamala Harris’ office, gathered outside the detention center to show their support.  Instead of the 30 observers CCA said would be able to enter the hearing, only four representatives were allowed, along with Rueda’s attorney Monika Langarica, of ABA Immigration Justice Project in San Diego. By 9:30 Rueda’s attorney and spokesperson announced her release on her own recognizance. The request for an ankle monitor was denied. Rueda’s ultimate fate is still unclear, but for the moment, she is home in her community 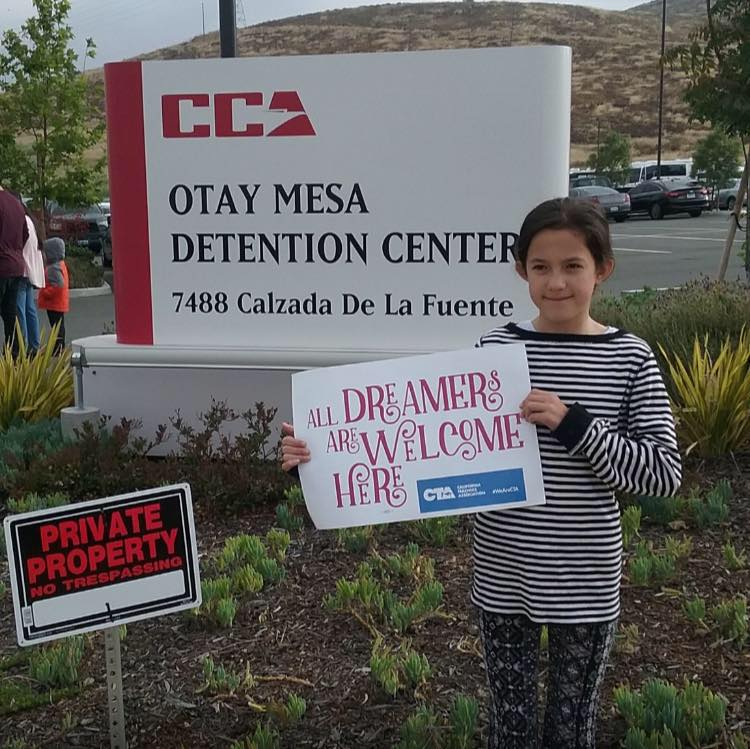