Immigration Article of the Day: Dissent in Immigration by Daniel Morales 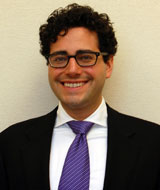 Check out Dissent in Immigration by recently-tenured immprof Daniel Morales (congrats!) of DePaul University College of Law. It's published in Law, Culture and the Humanities, a peer-reviewed publication.

This commentary argues that prescriptive immigration scholarship has something to learn from the rise of Donald Trump. The Republican party’s relatively close ideological engagement with the aspirations of its immigration dissenters (white nationalists) has paid political dividends in the long run by allowing the party to capture a passion for immigration issues and marry that atavistic energy to legal know-how. But mainstream Democrats, along with scholars whose immigration reform prescriptions align with that group, reject as fantasy the open-borders demands of its dissenters. Yet fantasy can be made real, or at least spark real political enthusiasm, as Trump illustrates. A deeper engagement with the dreams of open-borders advocates, like the group #Not1More Deportation, could in time prove similarly fruitful and galvanizing for the mainstream immigration left.