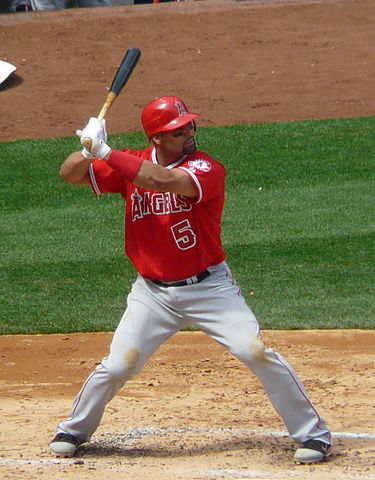 Born in in the Dominican Republic, Major League Baseball player Albert Pujols is on the verge of baseball history.  With 599 home runs, Pujols will soon hit number 600, a number hit by only eight others (including Barry Bonds, Hank Aaron, and Babe Ruth).  Now playing for the Los Angeles Angels,  Pujols previously played 11 seasons for the St. Louis Cardinals, with whom he was a three-time National League Most Valuable Player and nine-time All-Star.

Pujols moved to the United States in 1996. As a rookie for the Cardinals in 2001, he was unanimously voted the NL Rookie of the Year. While with the Cardinals, he played on two World Series championship teams. After the 2011 season, Pujols became a free agent and signed a 10-year contract with the Angels.