Ninth Circuit: Employer's Counsel May be Subject to FLSA Liability for Calling ICE on Plaintiff 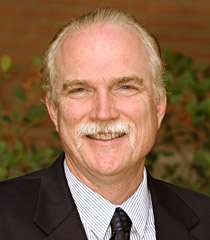 Here is an update on an important Ninth Circuit decision from Ninth Circuit watcher Cappy White:
Yesterday, the Ninth Circuit in Arias v. Raimundo, No 15-16120, in a case interpreting the Fair Labor Standards Act (FLSA), held that an employer’s attorney could be liable under FLSA’s anti-retaliation provision when that attorney allegedly retaliated against an undocumented employee by arranging to have the employee apprehended by Immigration and Customs Enforcement at a scheduled deposition.  Judge Stephen Trott wrote the opinion for the court; Judges Kim McLane Wardlaw and Ronald Gould were also on the panel.
The employee alleged in his complaint that he settled his case “due in substantial part to the threat of deportation created by Defendant’s communications with ICE,” and that the attorney had contacted ICE regarding other employees who have asserted their rights against employers he represented on at least five other occasions.
Relying in large part on Burlington Northern & Santa Fe Railway Co. v. White, 548 U.S. 53 (2006), a Title VII case, the court distinguished the substantive provisions of employment laws with their anti-retaliation provisions, noting that the “economic control” test for determining whether a defendant is an “employer” is not relevant in determining who can be liable for retaliation.
Plaintiff is represented by attorneys from the Legal Aid at Work (formerly the Legal Aid Society -Employment Law Center) in San Francisco and California Rural Legal Assistance, Inc.
KJ