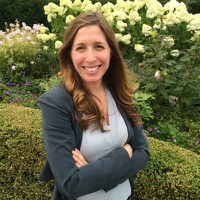 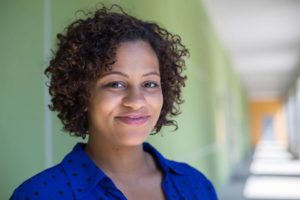 From Undocumented to DACAmented: Can Changes to Legal Status Impact Psychological Wellbeing?

June 15 marks the 5-year anniversary of the DACA program. A recent study analyzes, for the first time, DACA’s impacts on recipients’ psychological wellbeing. The results are clear: DACA can make you feel better, though it may not resolve concerns about deportation.

The Deferred Action for Childhood Arrivals (DACA) program provides a unique opportunity to understand the experiences of individuals who transition from undocumented status into other, even slightly less marginalized, statuses. DACA allows us to ask: Can changes to legal status impact health, particularly psychological wellbeing?

Put differently, can getting DACA make you feel better?

A recent study by Caitlin Patler and Whitney Laster Pirtle aimed to answer these questions. Their research provides the first statistical analysis of differences in psychological wellbeing between immigrant young adults, retrospectively measured before and after a transitioning from undocumented to DACAmented status.

The study examined four outcomes related to immigrants’ psychological wellbeing: 1) distress (including reports of stress, nervousness or anxiety); 2) negative emotions (anger, fear, sadness, shame, and embarrassment); and 3) worry about deportation of one’s self or 4) worry about the deportation of family members.

The study revealed several key findings. During the time when everyone in the study was undocumented (either prior to receiving DACA, for recipients, or in the past year, for respondents without DACA), regression results show that psychological wellbeing was predicted almost exclusively by socioeconomic status. For example, those who were worse off financially reported higher levels of distress, negative emotions, and deportation worry.

However, current psychological wellbeing is most strongly predicted by whether or not someone has DACA. For example, the predicted probability of experiencing distress and negative emotions started out at 70% for both undocumented and DACAmented individuals. However, current distress and negative emotions (measured in the 30 days prior to the survey) for DACA recipients dropped to under 20%, whereas they were over 40% for those without DACA. These results suggest that the change from ‘undocumented’ to ‘lawfully present’ is associated with improvements to psychological wellbeing.

Study data come from original telephone survey data of 487 Latino immigrant young adults in California. These data were collected 2.5 years after the program’s initiation (between November 2014 and February 2015), in order to allow sufficient time to observe the impacts of the program. The study compared a control group of young people who remained undocumented with those who transitioned into lawful presence via DACA.

Dr. Caitlin Patler is an Assistant Professor of Sociology at the University of California, Davis. Her research explores citizenship and legal status as axes of stratification that significantly shape opportunities for mobility. She is currently conducting longitudinal mixed-methods research studies on: 1) immigration detention, deportation, and the intersections of immigration and criminal law, and 2) the Deferred Action for Childhood Arrivals (DACA) program.

Dr. Whitney N. Laster Pirtle is Assistant Professor of Sociology at the University of California, Merced. Her research interests include race, identity, mental health, and quantitative methods. Her research is primarily informed by social psychological frameworks, and explores how social structures, such as racial hierarchies, might impact individuals’ lived experiences, well-being, and identities. Using historical, survey, and qualitative data, she is currently exploring the formation and transformation of the “coloured” racial group in post-apartheid South Africa.