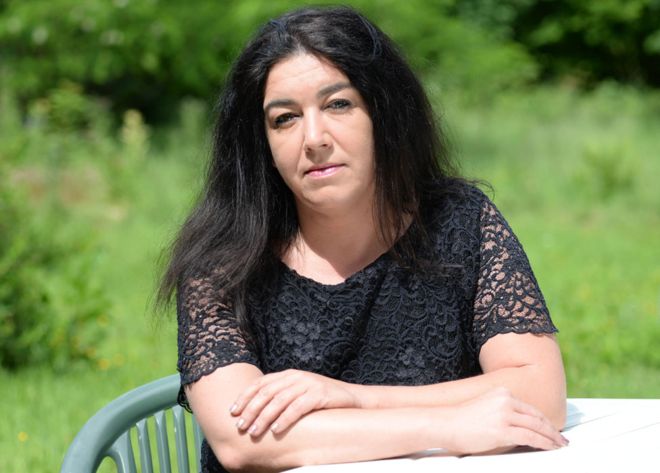 The story of Béatrice Huret feels a bit like a Lifetime movie. As the BBC reports, Huret was a card-carrying member of France's far-right National Front (FN). And then, one day, she gave a ride to a teenager living in France's notorious Calais refugee camp.

Huret was appalled by the conditions at Calais. And she began to help.

Along the way, she met Mokhtar. "It was love at first sight."

They lived together for a while. She ended up buying a small boat that he and two friends used to sail across the English Channel. At some point, the boat started taking on water, but the men were rescued and taken to a refugee camp in the UK.

While Huret's story hasn't made it to the big or little screen just yet, she does have a tell-all book called Calais mon amour. And The Local reports that "several film-makers are vying to acquire the rights."

All that attention has landed Huret in hot water. Last August, she was arrested and charged with people smuggling. Today, she goes on trial. If convicted, she faces up to 10 years in prison.

Asked by the BBC if it was worth it, Huret replied: "Yes... I did it for him. You do anything for love."

UPDATE: Huret has been found guilty but, the BBC reports, the court "did not hand down any punishment" for her.