There clearly have been racial undertones to the Donald Trump campaign and presidency.  Rick Tyler, an independent running for Congress in Tennessee, is taking matters to the next level. Check out some of his billboards that are highlighted on his campaign website: 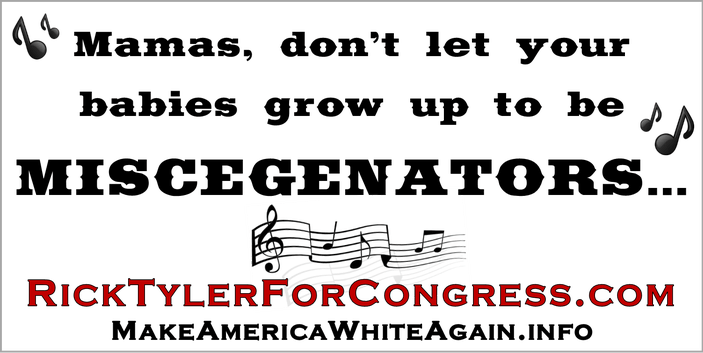 The Washington Post reports that Tyler said that the billboards "make a point that `the "Leave It to Beaver," "Ozzie and Harriet," "Mayberry" America of old was vastly superior to what we are experiencing today.'"  In a Facebook post Wednesday night, Tyler wrote: "It was an America where doors were left unlocked, violent crime was a mere fraction of today's rate of occurrence, there were no car jackings, home invasions, Islamic Mosques or radical Jihadist sleeper cells."