At the Movies: Jackie Chan, Pierce Brosnan to Star in "The Foreigner" 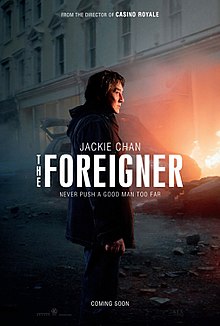 The Foreigner is an upcoming action thriller film. It stars Jackie Chan, Pierce Brosnan, Liu Tao and Katie Leung. The film, which involves Chan's character chasing down Irish terrorists, is scheduled to be released in October 2017.

Here is a preview of the movie.