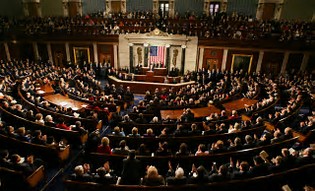 In yet another move to further its mass deportation agenda, the Trump Administration announced last week that it would no longer stay the deportations of immigrants for whom private immigration bills had been introduced by members of Congress.  As this Washington Times article explains, under the new policy DHS will only consider Congressional input in granting stays if a request comes from the Chairperson of the Senate Judiciary Committee  or a relevant subcommittee of the House or Senate.  And even then, DHS will grant only one stay.

While the total number of people who have private immigration legislation introduced on their behalf is typically very low (27 during the 2015-16 term), those individuals typically have particularly strong equities that highlight the shortcomings of the law and/or that have generated meaningful community support.  Denying Congressional representatives the ability to weigh in on the fairness of deporting an individual for whom private legislation has been drafted amounts to just one of the many ways that this Administration has dedicated itself to undermining proportionality, justice and sensibility in the immigration system.