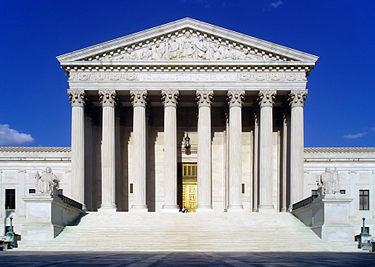 Breaking News!  The Supreme Court today decided Esquivel-Santana v. Sessions (Sexual Abuse of a Minor).  Watch the blog for an upcoming analysis by me on SCOTUSBlog. Here is the SCOTUSBlog page on the case, which includes links to an argument preview and analysis, briefs, and the lower court decision.

Justice Thomas wrote the opinion for the Supreme Court, which was joined by all of the other Justices except for Judge Gorsuch who did not participate in the decision or consideration of the case.

The facts of the case were relatively simple.  When Juan Esquivel-Quintana, a lawful permanent resident from Mexico, was 20 years old, he was convicted under California law for having consensual sex with his then-16-year-old girlfriend. An “aggravated felony” conviction generally requires mandatory removal of an immigrant from the United States and renders the immigrant ineligible for most forms of relief from removal. 8 U.S.C. § 1101(a)(43) of the Immigration and Nationality Act (INA) defines an “aggravated felony” to include the “sexual abuse of a minor.” Claiming that Esquivel-Quintana’s conviction constituted an “aggravated felony,” the U.S. government initiated removal proceedings against him, and the immigration court ordered him removed from the United States. The Board of Immigration Appeals dismissed his appeal from the removal order. Applying the Supreme Court’s seminal 1984 decision in Chevron, U.S.A., Inc. v. National Resources Defense Council, Inc., the U.S. Court of Appeals for the 6th Circuit deferred to the BIA’s interpretation of “sexual abuse of a minor” and upheld the removal order.

As described by Justice Thomas, the question before the Court was “whether a conviction under a state statute criminalizing consensual sexual intercourse between a 21-year-old and a 17-year-old qualifies as sexual abuse of a minor under the INA.”  The Court’s conclusion was stated in straight-forward fashion:  “We hold that it does not.”

"Esquivel-Quintana v. Sessions fits in neatly with the court’s recent immigration decisions, such as Mellouli v. Lynch in 2015 and Moncrieffe v. Holder in 2013, which also applied ordinary modes of statutory interpretation to the immigration laws. In a series of crime-based removal decisions, the court has engaged in close parsing of the language of the statutory provisions in question. This approach is no different than that employed by the court in other cases. Although not breaking new ground today, the court continues to move forward in applying ordinary analytical approaches to immigration law, which historically had been in certain respects “exceptional” in the amount of deference given to the Board of Immigration Appeals. Immigrants have prevailed more often than not in the court’s recent decisions as the U.S. government has pressed cases, like Esquivel-Quintana, which the court found to be unsupported by the immigration statute."