Angels in the Borderlands 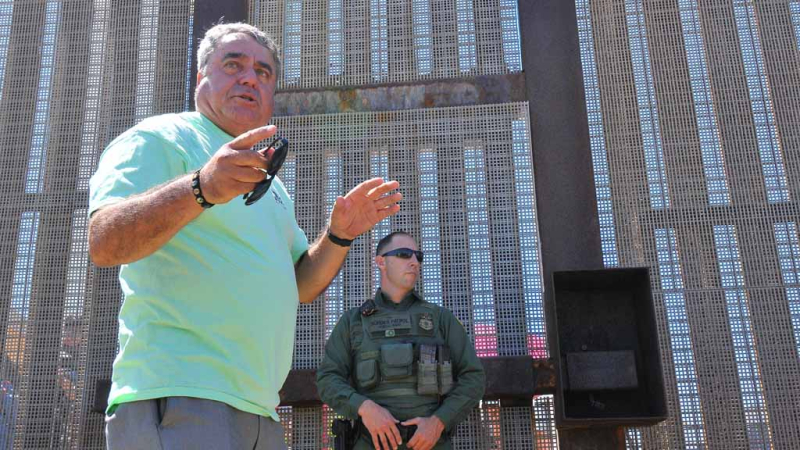 Larger-than-life Enrique Morones does not immediately conjure up the image of an angel, yet his organization, Border Angels, has been working to prevent avoidable deaths in the borderlands between Mexico and the United States for 31 years.

Meeting this sun-bronzed 60-year-old at Friendship Park on the western edge of the Mexico-U.S. border, his energy and commitment were palpable. He and his volunteers leave water bottles in the desert borderlands along migrant paths. Without Border Angels and other organizations making water available, dehydration would claim many more lives – more than the estimated 11,000 lives lost since 1994. I would like to think that no one, no matter their political viewpoint, would deny other human beings water to save their lives, but Enrique said that they had been finding some of their water bottles slashed in recent months. Perhaps those who follow in the footsteps of the Angels to slash the water bottles think that lack of water will act as a deterrent to would-be border crossers. Eleven thousand lives say otherwise.

The main cause of death among those who die crossing the borderlands is dehydration. Individuals who embark on the dangerous journey must do so from desperation coupled with hope in their hearts. However, hope alone will not sustain life in the desert. Water is essential and Border Angels are aptly named for providing this fundamental sustainer of life in the harsh border environment. How tragic that some people who themselves are kept alive by water would deprive others of this essential element of life despite knowing the all-too-frequent deathly consequences.

-posted by KitJ on behalf of Marie Sutton