Earlier this week, the U.S. Court of Appeals for the Ninth Circuit heard oral arguments in Flores v. Sesssions in which the U.S. government seeks an emergency stay in an action involving the 1997 Flores Settlement Agreement, which addressed the treatment of minors in custody of the Department of Homeland Security.  The Flores litigation has been going on for years and this appears to be a last ditch attempt by the U.S. government to detain noncitizen minors -- which increased with the increase in Central American asylum-seekers in 2014.   The panel that heard arguments were Judges Stephen Reinhardt, A. Wallace Tashima, and Martha Berzon. 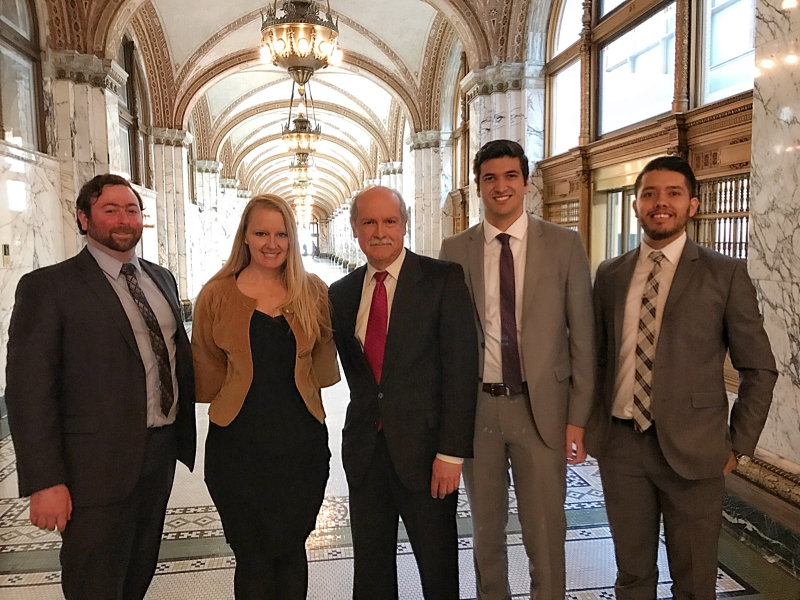 On April 18, 2017, myself and other students from the Immigration Law Clinic and Civil Rights Clinic had the opportunity to attend Oral Argument at the Ninth Circuit Court of Appeals for Jenny Flores v. Jefferson Sessions, III, a case dealing with the rights of children in immigrant detention.

The case arises out of a 20-year settlement agreement—the “Flores Settlement”—between plaintiffs and the government. At issue is Paragraph 24 of the Flores Settlement, which guarantees minors in detention the right to a bond redetermination hearing.

Last summer, the Immigration Law Clinic’s Co-Director, Holly S. Cooper ’98, teamed up with Carlos R. Holguín, General Counsel at the Center for Human Rights and Constitutional Law, to bring an enforcement action in federal court after the government refused to comply with its duties under the settlement, thereby denying detained children basic due process.

On January 20 of this year, Judge Dolly M. Gee of the U.S. District Court for the Central District of California granted the motion to enforce the settlement. Weeks later, the government filed an emergency motion in the Ninth Circuit to stay the District Court’s order, paving the way for a renewed fight over the rights of children in immigrant detention.

After the Ninth Circuit granted the stay and expedited briefing, a group of us from the Immigration Law Clinic and the Civil Rights Clinic rolled up our sleeves and got to work, helping Professor Cooper and Carlos Holguín prepare the case. Wesley Cheung ’18, Eduardo Osorio ’18, Michael Benassini ’18 and I helped ready the Plaintiffs’ brief and prepare the materials for Oral Argument.

The experience of working on an appellate brief—and attending oral argument at the Ninth Circuit—was a highlight for me, as I’m sure it was for my fellow law students. After spending the academic year working on various immigration and civil rights cases with our respective clinics, it was great to sit at counsel’s table for this particular occasion. 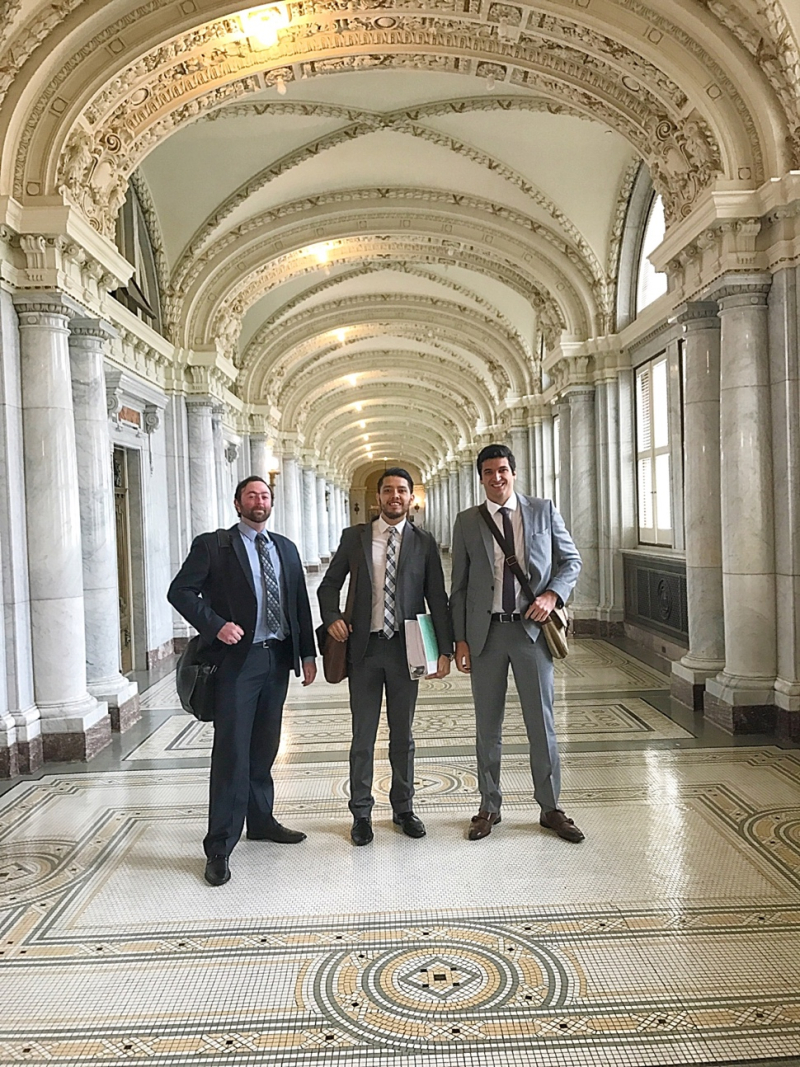 From L-R: Michael Benassini ’18 of the Civil Rights Clinic, with Fabián Sánchez Coronado ‘18 and Eduardo Osorio ’18 of the Immigration Law Clinic.