On March 28, the Supreme Court will be hearing oral arguments in an ineffective assistance of counsel case (Lee v. United States) in which a noncitizen faces mandatory removal based on a drug plea bargain. 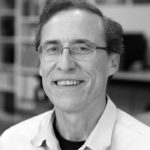 As Manny Vargas on the Huffington Post describes the case,

"Mr. Lee repeatedly asked his lawyer about the risk of deportation if he agreed to plead guilty [to a drug charge.] Again and again, the lawyer reassured Mr. Lee that he would not be deported given, as the lawyer put it, Mr. Lee’s `30 plus years of living in the U.S. and strong ties, in combination with a lack of prior criminal history and the small amount of drugs involved.' So, based on his lawyer’s advice, Mr. Lee agreed to plead.

Unfortunately, the lawyer’s advice was dead wrong. Under immigration laws enacted in 1996, long before Mr. Lee’s 2009 plea, a conviction of such a distribution offense makes a lawfully admitted permanent resident immigrant like him not only deportable, but mandates deportation regardless of extenuating circumstances or any other factors, including long residence, family, or other ties to the U.S., or even contributions to the country such as military service or employment of U.S. workers. Thus, if Mr. Lee pled to this offense, an immigration judge in later removal proceedings would almost certainly have no choice but to order him deported."

The lower courts incredulously ruled that Lee could not establish that he was prejudiced by the ineffective assistance of counsel because the evidence of his guilt was so overwhelming that he would have been convicted and deported anyway.