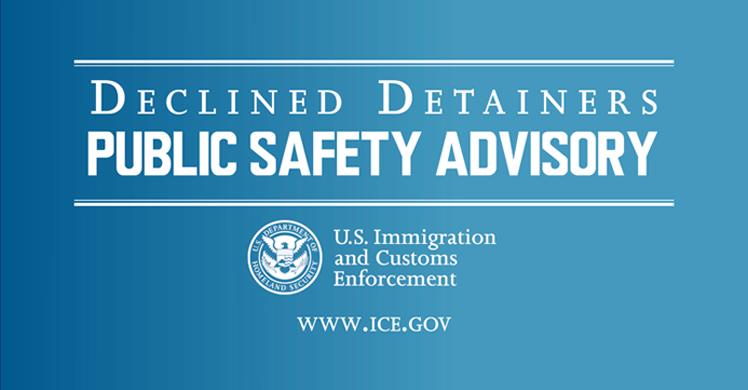 Earlier this week, the Department of Homeland Security issued the U.S. Immigration and Customs Enforcement (ICE) Declined Detainer Outcome Report required by President Donald J. Trump’s Executive Order, Enhancing Public Safety in the Interior of the United States, signed on January 25. This report will be issued weekly to highlight jurisdictions that choose not to cooperate with ICE detainers or requests for notification, therefore potentially endangering Americans. ICE places detainers on aliens who have been arrested on local criminal charges or who are in local custody and for whom ICE possesses probable cause to believe that they are removable from the United States, so that ICE can take custody of the alien when he or she is released from local custody.

The Declined Detainer Outcome Report is a weekly report that shows those jurisdictions with the highest volume of declined detainers, and includes a list of sample crimes associated with those released individuals. This report is mandated by the president’s executive order “Enhancing Public Safety in the Interior of the United States.”