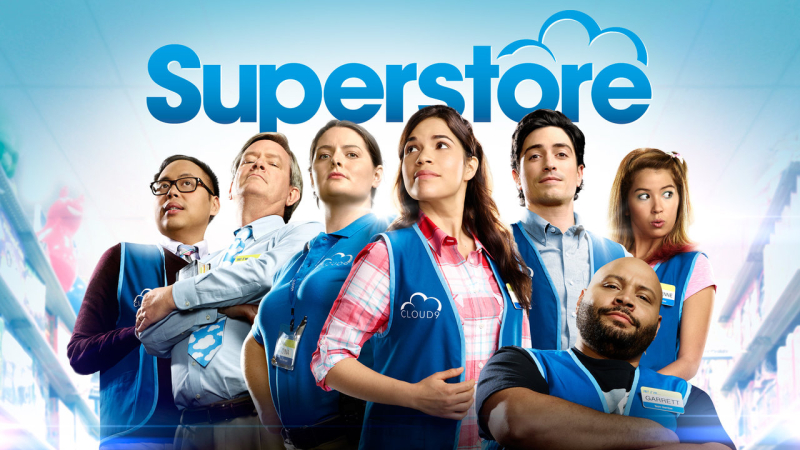 In a prior episode, the popular character Mateo learns from a co-worker that he isn't lawfully present in the US. In this episode, Mateo wants to transfer to a new location ("a Cloud 9 signature" store) so as to no longer work in a store controlled by his District Manager/boyfriend. But the new store requires a copy of his social security card to run it through e-verify. Of course, this is a problem.

Cheyenne: "Do undocumented people have documents?"

Cheyenne: "Oh, so like won't that be an issue?"

And then the solutions flow.

I'm sure you can guess what the first stop is for a comedy faced with an immigration quandary: marriage fraud. Straight-guy Jonah offers to marry Mateo to secure his status in the US. But Mateo isn't interested.

Cheyenne and Jonah search online for answers. And Cheyenne has it:

Cheyenne: "Or you could just get beat up. A person may be eligible for a special U1 visa if they are victim of a violent crime such as an assault."

Mateo: "So I would just need to get punched."

Cheyenne: "No it seems like you have to get your ass beat pretty bad."

The friends then try to arrange a fight, unsuccessfully. And Mateo ultimately breaks up with his boyfriend rather than admit his undocumented status.

Here's the thing, the U visa does offer a legalization path for victims of violent crime - albeit only those who work with prosecutors to convict their assailants (something I doubt Mateo was going to do). But those eligible for U visas may have to wait years to get one. We're talking about people who have been significantly harmed while present in the US. And whose work inures great benefit to the public at large by ensuring criminal wrong-doers are identified and prosecuted.

Many things are funny. In the same episode - the give and take between the store manager and an online troll - that was funny.

U visas, however, are no laughing matter.