Listen to the Blues: Eric Bibb Sings the Migration Blues 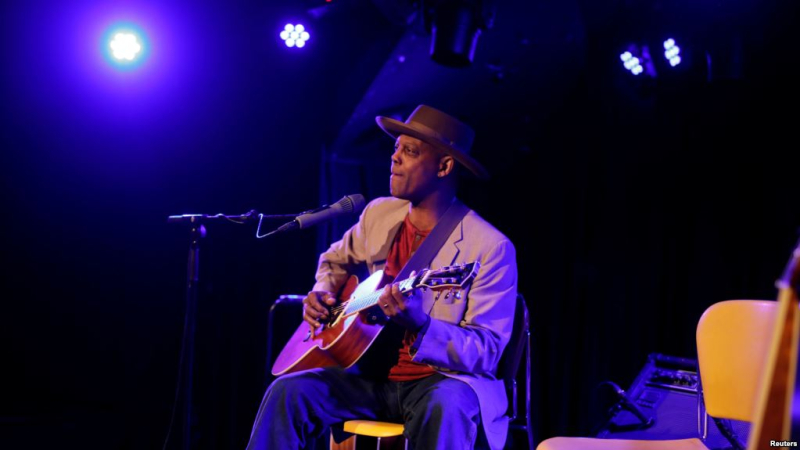 Voice of America reviews "Migration Blues", a new album from veteran bluesman Eric Bibb, uses the sounds of the American South to tell the tale of everyone from 1920s farmers fleeing the Dust Bowl for California to refugees crossing the Mediterranean today.

Along the way are Mexicans seeking a future in the United States, families moving from land the government has just seized for corporate expansion, and a Cajun jig reminding listeners of the expulsion of French Canadians south down the Mississippi.

The album's most contemporary subject is to be found in "Prayin' For Shore", a blues about the plight of millions of Syrians and others who have fled civil wars in the Middle East on sometimes fatal journeys to Europe across the Mediterranean.

"In an old leaky boat, somewhere on the sea/trying to get away from the war/Welcome or not, got to land soon/Oh lord, prayin' for shore," run the lyrics.  The song is about remembering the drowned.

But the fleeing migrants of today are nothing new.

For Bibb, an African American, another key moment in history was "The Great Migration" of millions of southern blacks away from America's segregated South.

By some estimates, more than 6 million left the rural areas for industrial places like Detroit, New York and Chicago between 1910 and 1970.