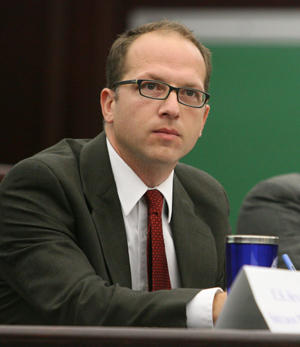 Unfit for the Constitution: Nativism and the Constitution, from the Founding Fathers to Donald Trump by Jared A. Goldstein, Roger Williams University School of Law, Date Written: February 24, 2017

The executive order on travel issued by President Donald Trump in January 2017 does not use the word Muslim but instead identifies the foreigners who should be barred from entry as those who “bear hostile attitudes” toward the United States “and its founding principles” and who “do not support the Constitution.” As this article shows, anti-immigrant movements have long used hostility-to-the-Constitution as the touchstone for identifying unwanted immigrants. In the 1840s, the Know-Nothings opposed Irish immigration based on a belief that Catholicism was incompatible with the Constitution. In 1882, when Congress enacted the Chinese Exclusion Act, it declared that the Chinese were too foreign to embrace constitutional principles. In 1924, Congress enacted the National Origins Act out of the belief that members of the so-called Nordics race alone were genetically disposed to embrace constitutional values, while Jews, Italians, Poles, and others would destroy the nation’s constitutional system. Congress repudiated these nativist beliefs in 1965 when it adopted the Immigration and Nationality Act, which declares that people of any race or nationality are equally capable of embracing the nation’s constitutional values.

The executive order, however, demonstrates the persistence of the nativist belief that foreigners who do not share traits considered prototypically American are likely to harbor hostility to constitutional values. The history of nativism and the Constitution explored in this article reveals that the belief that American identity is defined by devotion to a common creed embodied in the Constitution has long been intertwined with beliefs that American identity is also defined by race, religion, and ethnicity.