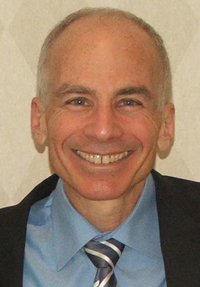 Although the immigration and nationality act gives the President power to suspend entry of classes of aliens to the US, he cannot discriminate on grounds of nationality or religion. The constitutional arguments based on religious freedom, establishment of religion, and equal protection appear powerful from a moral perspective, but face legal hurdles because the Order on its face does not discriminate against Muslims.

According to UNICEF, four of the countries targeted – Syria, Yemen, Sudan and Somalia – rank among the world’s most hazardous for children’s health and dignity. In Iraq alone, >5 million children are in peril, with one-quarter displaced from their homes by conflict. Refugees often spend years in living conditions that exacerbate injury and disease: crowded and unsanitary spaces fan the spread of infectious diseases (cholera and tuberculosis); refugees risk sexual assaults, which may lead to sexually transmitted infections, as well as mental trauma; and they lack access to preventative services, as well as basic health care, including safe childbirth. President Trump’s order denied entry of improbable threats — a 9 year-old Somali child with congenital heart disease and a 1 year-old Sudanese boy with cancer — both seeking medical treatment.

Within days of the first executive order, a terrorist entered a Quebec mosque and murdered six people, injuring eighteen others. This atrocity underscores a sad truth — most victims of Islamic-inspired terrorism are Muslims, and most attackers are home grown. The President is rapidly eroding two of America’s greatest values — inclusiveness and diversity, endangering America’s position as a liberal beacon of freedom globally.