Immigration Article of the Day: Seeking a Rational Approach to a Regional Refugee Crisis: Lessons from the Summer 2014 “Surge” of Central American Women and Children at the US-Mexico Border by Karen Musalo and Eunice Lee 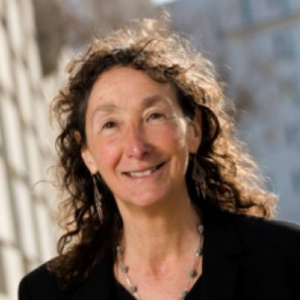 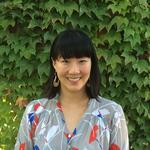 Seeking a Rational Approach to a Regional Refugee Crisis: Lessons from the Summer 2014 “Surge” of Central American Women and Children at the US-Mexico Border by Karen Musalo and  Eunice Lee, Center for Gender and Refugee Studies, University of California Hastings College of the Law

In the early summer months of 2014, an increasing number of Central American children alone and with their parents began arriving at the US-Mexico border in search of safety and protection. The children and families by and large came from the Northern Triangle countries of El Salvador, Honduras, and Guatemala — three of the most dangerous countries in the world — to seek asylum and other humanitarian relief. Rampant violence and persecution within homes and communities, uncontrolled and unchecked by state authorities, compelled them to flee north for their lives.

Nevertheless, small though they are in comparison, the numbers of Central American women and children seeking asylum at our southern border, concentrated in the summer months of 2014, did reflect a jump from prior years. These increases drew heightened media attention, and both news outlets and official US government statements termed the flow a “surge” and a “crisis” (e.g., Basu 2014; Foley 2014; Negroponte 2014). The sense of crisis was heightened by the lack of preparedness by the federal government, in particular, to process and provide proper custody arrangements for unaccompanied children as required by federal law. Images of children crowded shoulder to shoulder in US Customs and Border Patrol holding cells generated a sense of urgency across the political spectrum (e.g., Fraser-Chanpong 2014; Tobias 2014).

Responses to this “surge,” and explanations for it, varied widely in policy, media, and government circles. Two competing narratives emerged, rooted in two very disparate views of the “crisis.” One argues that “push” factors in the home countries of El Salvador, Honduras, and Guatemala drove children and families to flee as bona fide asylum seekers; the other asserted that “pull” factors drew these individuals to the United States. For those adopting the “push” factor outlook, the crisis is a humanitarian one, reflecting human rights violations and deprivations in the region, and the protection needs of refugees (UNHCR 2015b; UNHCR 2014; Musalo et al. 2015). While acknowledging that reasons for migration may be mixed, this view recognizes the seriousness of regional refugee protection needs. For those focusing on “pull” factors, the crisis has its roots in border enforcement policies that were perceived as lax by potential migrants, and that thereby acted as an inducement to migration (Harding 2014; Navarette, Jr. 2014).

Each narrative, in turn, suggests a very different response to the influx of women and children at US borders. If “push” factors predominately drive migration, then protective policies in accordance with international and domestic legal obligations toward refugees must predominately inform US reaction. Even apart from the legal and moral rightness of this approach, any long-term goal of lowering the number of Central American migrants at the US-Mexico border, practically speaking, would have to address the root causes of violence in their home countries. On the other hand, if “pull” factors are granted greater causal weight, it would seem that stringent enforcement policies that make coming to the US less attractive and profitable would be a more effective deterrent. In that latter case, tactics imposing human costs on migrants, such as detention, speedy return, or other harsh or cursory treatment — while perhaps not morally justified — would at least make logical sense.

Immediately upon the summer influx of 2014, the Obama administration unequivocally adopted the “pull” factor narrative and enacted a spate of hostile deterrence-based policies as a result. In July 2014, President Obama asked Congress to appropriate $3.7 billion in emergency funds to address the influx of Central American women and children crossing the border (Cohen 2014). The majority of funding focused on heightened enforcement at the border — including funding for 6,300 new beds to detain families (LIRS and WRC 2014, 5). The budget also included, in yet another demonstration of a “pull”-factor-based deterrence approach, money for State Department officials to counter the supposed “misinformation” spreading in Central America regarding the possibility of obtaining legal status in the United States. The US government also funded and encouraged the governments of Mexico, Guatemala, and Honduras to turn around Central American asylum seekers before they ever could reach US border (Frelick, Kysel, and Podkul 2016).

Each of these policies, among other harsh practices, continues to the present day. But, by and large they have not had a deterrent effect. Although the numbers of unaccompanied children and mothers with children dropped in early 2015, the numbers began climbing again in late 2015 and remained high through 2016, exceeding in August and September 2015 the unaccompanied child and “family unit” apprehension figures for those same months in 2014 (USBP 2016a; USBP 2016b). Moreover, that temporary drop in early 2015 likely reflects US interdiction policies rather than any “deterrent” effect of harsh policies at or within US own borders, as the drop in numbers of Central American women and children arriving at the US border in the early months of 2015 corresponded largely with a spike in deportations by Mexico (WOLA 2015). In all events, in 2015, UNCHR found that the number of individuals from the Northern Triangle requesting asylum in Mexico, Costa Rica, Nicaragua, and Panama had increased 13-fold since 2008 (UNCHR 2015b).

Thus, the Obama administration’s harsh policies did not, in fact, deter Central American women and children from attempting to flee their countries. This, we argue, is because the “push” factor narrative is the correct one. The crisis we face is accordingly humanitarian in nature and regional in scope — and the migrant “surge” is undoubtedly a refugee flow. By refusing to acknowledge and address the reality of the violence and persecution in El Salvador, Honduras, and Guatemala, the US government has failed to lessen the refugee crisis in its own region. Nor do its actions comport with its domestic and international legal obligations towards refugees.

This article proceeds in four parts.[2] In the first section, we examine and critique the administration’s “pull”-factor-based policies during and after the 2014 summer surge, in particular through the expansion of family detention, accelerated procedures, raids, and interdiction. In section two, we look to the true “push” factors behind the migration surge — namely, societal violence, violence in the home, and poverty and exclusion in El Salvador, Honduras, and Guatemala. Our analysis here includes an overview of the United States’ responsibility for creating present conditions in these countries via decades of misguided foreign policy interventions. Our penultimate section explores the ways in which our current deterrence-based policies echo missteps of our past, particularly through constructive refoulement and the denial of protection to legitimate refugees. Finally, we conclude by offering recommendations to the US government for a more effective approach to the influx of Central American women and children at our border, one that addresses the real reasons for their flight and that furthers a sustainable solution consistent with US and international legal obligations and moral principles. Our overarching recommendation is that the US government immediately recognize the humanitarian crisis occurring in the Northern Triangle countries and the legitimate need of individuals from these countries for refugee protection. Flowing from that core recommendation are additional suggested measures, including the immediate cessation of hostile, deterrence-based policies such as raids, family detention, and interdiction; adherence to proper interpretations of asylum and refugee law; increased funding for long-term solutions to violence and poverty in these countries, and curtailment of funding for enforcement; and temporary measures to ensure that no refugees are returned to persecution in these countries.

[1] US Border Patrol (USBP) defines a “family unit” as an individual apprehended with one or more family members (USBP 2016b). Thus, each family unit consists of two or more individuals. For example, USBP will count as one “family unit” a mother apprehended together with her two children.

[2] This article was drafted and sent into production prior to the November 2016 US presidential elections and the inauguration of President Donald J. Trump. As a result, the recent policy changes of the Trump administration are beyond the scope of this article. The authors continue to stand by their recommendations, rooted in the US government’s international and domestic legal obligations towards refugees, as the proper course for the present day.