For some immigration attorneys, it was an extremely busy Presidents Day weekend.  Josh Gerstein of Politico reports that the Trump administration is taking another immigration fight to the U.S. Court of Appeals for the Ninth Circuit.

The latest battle is over the rights of detained immigrant children and teenagers to immigration court hearings to determine suitability for release on bond.  U.S. District Court Judge Dolly Gee ruled in Flores v. Lynch -- a case that was originally settled decades ago -- on Inauguration Day that such "unaccompanied" minors are entitled to go before an immigration judge in accordance with the terms of the 20-year-old legal settlement.On Friday night before the three day weekend, the Justice Department filed an emergency motion with the Ninth Circuit requesting a stay of Gee's order the appeal is pending.

Gee's "order unquestionably diverts the agencies’ time, resources, and personnel away from the reunification process provided in [a 2008 law] and away from the already-burdened operations of the immigration courts thus interfering with pressing immigration adjudication and enforcement priorities," Justice Department lawyers wrote in their request for an emergency stay.

Attorneys for the detained minors responded Monday with a filing calling the government's arguments "legally and factually specious." 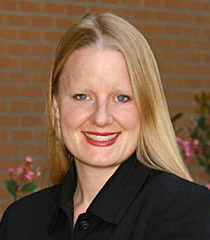 The immigrants' lawyers say that in some instances teenagers have been held for more than a year without hearings, only to be released by an immigration judge soon after they turn 18.  "It is virtually self-evident that needlessly detaining children is profoundly injurious," the minors' attorneys wrote. University of California at Davis law professor Holly Cooper is one of the lawyers for the immigrant children.

The Ninth Circuit decided an appeal in Flores v. Lynch in July 2016, largely affirming Judge Gee's central rulings in the case.  The court described the case as follows:

"In 1997, the plaintiff class (“Flores”) and the government entered into a settlement agreement (the “Settlement”) which “sets out nationwide policy for the detention, release, and treatment of minors in the custody of the INS.”  Settlement ¶ 9.  The Settlement creates a presumption in favor of releasing minors and requires placement of those not released in licensed, non-secure facilities that meet certain standards.

In 2014, in response to a surge of Central Americans attempting to enter the United States without documentation, the government opened family detention centers in Texas and New Mexico.  The detention and release policies at these centers do not comply with the Settlement.  The government,  however, claims that the Settlement only applies to unaccompanied minors and is not violated when minors accompanied by parents or other adult family members are placed in these centers.

In 2015, Flores moved to enforce the Settlement, arguing that it applied to all minors in the custody of immigration authorities.  The district court agreed, granted the motion to enforce, and rejected the government’s alternative motion to modify the Settlement.  The court ordered the government to: (1) make “prompt and continuous efforts toward family reunification,” (2) release class members without unnecessary delay, (3) detain class members in appropriate facilities, (4) release an accompanying parent when releasing a child unless the parent is subject to mandatory detention or poses a safety risk or a significant flight risk, (5) monitor compliance with detention conditions, and (6) provide class counsel with monthly statistical information.  The government appealed, challenging the district court’s holding that the Settlement applied to all minors in immigration custody, its order to release parents, and its denial of the motion to modify.

Although the issues underlying this appeal touch on matters of national importance, our task is straightforward— we must interpret the Settlement.  Applying familiar principles of contract interpretation, we conclude that the Settlement unambiguously applies both to accompanied and unaccompanied minors, but does not create affirmative release rights for parents.  We therefore affirm the district court in part, reverse in part, and remand."

It is hard to see how the U.S. government hopes to win the emergency stay motion.  Is it a part of a political strategy to file and lose motions and appeals in the Ninth and then blame the "ultra-liberal" Ninth Circuit for trying to put the kibosh on the Trump's immigration plan?