The Environmental Consequences Of A Wall On The U.S.-Mexico Border 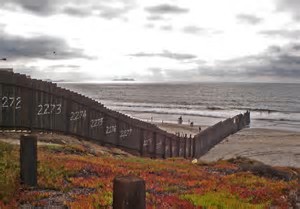 Leah Donnella of NPR reports on the environmental consequences of the "big, beautiful wall" that President Trump wants to build along the U.S./Mexico border.  On January 25, President Trump issued an executive order instructing construction to begin on a wall along the U.S.-Mexico border. Environmentalists and civil rights activists say the proposed wall on the southern border with Mexico is a threat to the environmental rights of the people who live on both sides of the border.